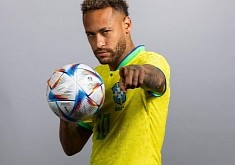 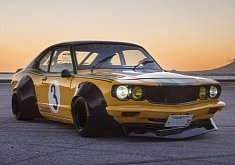 Fast X Is Set to Become One of the Most Expensive Movies Ever, Budget Is Out of Control

21 Nov 2022, 13:57 UTC · By: Cristian Agatie / The tenth installment of the Fast & Furious franchise is way over the budget and facing several setbacks, but it’s still projected to be a money maker

14 Sep 2022, 10:12 UTC · By: Cristian Gnaticov / RDB LA claim that they don't "really do clickbait," but this video reveals the opposite. At least no supercar was damaged while the camera kept rolling

Billie Eilish’s First Dodge Challenger Back at the Shop for Repairs, Looks Ruined

13 Aug 2022, 23:33 UTC · By: Humphrey Bwayo / RDB LA also gets a chunk of its reputation from fixing celebrity cars. It definitely costs a pretty penny to have these guys work on your vehicle

That Time Chrysler Built a Quirky Convertible Truck for Hollywood

26 May 2022, 01:49 UTC · By: Benny Kirk / We bet you think hardtop convertible luxury cars were some sort of novel technology. But no, dear friends, it's been around since before any of us were born.

Fast X Director Steps Down One Week After Filming Begins, No Replacement in Sight

28 Apr 2022, 17:51 UTC · By: Sebastian Toma / Justin Lin, the director of several motion pictures in the Fast and Furious universe, will not move on to direct Fast X. However, he will not leave the series

29 Mar 2022, 11:31 UTC · By: Monica Coman / Jessica Chastain has won her first Oscar and she was seen leaving the awards ceremony in a golf cart, holding tight to it

LEGO Announces Newest 3-in-1 Back to the Future DeLorean, Includes Doc and Marty Figurines

14 Mar 2022, 11:05 UTC · By: Monica Coman / From the Batmobile to Marty McFly’s DeLorean, Petersen Museum is hosting an exhibit showing the most iconic Hollywood cars

27 Aug 2021, 15:37 UTC · By: Aurel Niculescu / Youtuber Ali Spagnola thinks her second-generation Toyota Yaris/Vitz is boring, so she turned it into a blue AstroTurf hatchback, then into this green plant

This 1975 AMC Gremlin Might Have Been a Music Video Star, it Can Be Yours

30 Jul 2021, 09:02 UTC · By: Dragos Chitulescu / Putting your life at risk for the sake of online content creation is a great way to go viral, but you should not attempt something like this at home!

17 Feb 2021, 18:55 UTC · By: Dragos Chitulescu / Sometimes miracles do happen, and we're happy that this one happened to a Veteran who served in Vietnam; this story could be turned into a Hollywood script

17 Oct 2019, 20:03 UTC · By: Elena Gorgan / Stunt work is often underpaid, unrecognized and incredibly risky. History is riddled with examples of stunts gone wrong, and here are 3 of the most tragic