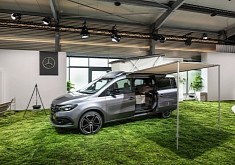 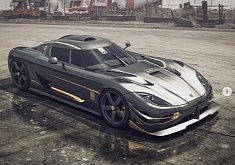 Koenigsegg Agera Long Nose Looks Like a GT, Has No Wing

10 Jan 2017, 15:24 UTC · By: Mihnea Radu / The likes to dislikes ratio of this video tells us everybody agrees cheating happens and that VW got a bad rep because it's a foreign company

23 Dec 2016, 19:02 UTC · By: Mihnea Radu / Volkswagen's TDI scandal has led to many people doing strange things. But has Joe Mayer taken things too far? It's up to the judges to decide

Volkswagen Will Begin the Dieselgate Recall for Golf Models in Europe

25 Feb 2015, 17:30 UTC · By: Mihnea Radu / These grannies think they know all about how sluggish diesel engine are, but Tanner Foust proves them wrong in a Golf TDI

3 May 2011, 13:02 UTC · By: Mihnea Radu / Judging by the efficiency and power delivered by the current Golf TDI, you would never now that the diesel-powered compact is turning 35. Only two years after the Golf introduced its revolutionary m...

24 Aug 2009, 08:46 UTC · By: Bogdan Popa / As you probably know, the US division of Volkswagen is getting back to the Golf nameplate, dropping the Rabbit badge used for only a few years in this particular side of the market. But what's ...