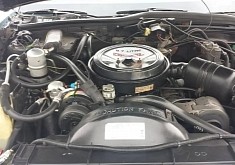 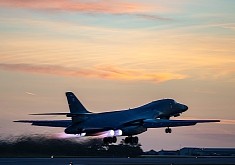 B-1B Lancer Takes Off at Dusk, The Bone Shows Us All Four GE Engines at Full Throttle

7 May 2022, 14:24 UTC / Prepare for another week of fun challenges, exciting events and amazing rewards that celebrate Cinco the Mayo, the main focus of Series 7

Get Your Moist Ferrari California T Right Here, No One Has to Know About Its Wet Problem

The Ferrari Myths Hollywood Has Sold You On

20 Feb 2020, 19:05 UTC / Ferraris were never meant to blend in the crowd. With the attention, come the misconceptions and the cliches, and we have showbiz to thank for it

2018 Ferrari Portofino Debuts as The California T Replacement We Deserve

23 Aug 2017, 11:46 UTC / Truth be told, the California was never sharp enough for the Prancing Horse badge, even with the T suffix and the Portofino is here to change that

Doug DeMuro Gives The Lowdown On The Ferrari California T

26 Apr 2017, 09:44 UTC / According to Doug DeMuro, the Ferrari California T is absolutely a "real Ferrari." But all things considered, is that actually the case?

1 Jun 2016, 16:00 UTC / Ferrari's V8 twin-turbo engine was the big winner at this year's Engine of The tear. It won its category and the overall prize. The V12 also won its category

12 May 2016, 01:01 UTC / The California was supposed to be a Maserati, so naturally, the old one was bad. However, the refreshed T model is better in every way

4 Mar 2016, 00:19 UTC / While the Handling Speciale package for the naturally aspirated Ferrari California brought extra grunt and less weight, we don't get any of that now

Ferrari Introduces the Handling Speciale Option for the California T

22 Jan 2016, 16:46 UTC / To better cope with winding roads, Ferrari will reveal the Handling Speciale optional package for the California T at the 2016 Geneva Motor Show

17 Jan 2016, 11:40 UTC / The sportscar maker has unveiled a special edition of the California T, made by its bespoke division for a customer in Brussels, Belgium

27 Dec 2015, 16:07 UTC / The affected units of the Ferrari California T are suspected of fuel leaks, having been manufactured over a two-month period

10 Sep 2015, 21:11 UTC / Since we're hitting the cold season soon, you may as well consider staying in fashion with some of these jackets inspired by the Ferrari California T

10 Sep 2015, 15:51 UTC / The Capristo exhaust comes with valves that can be opened via remote control, making the twin-turbo vee-eight sound even more angry

3 Aug 2015, 09:45 UTC / Robert Downey Jr. is one of the best paid actors in Hollywood, yet rarely did we hear of his taste in cars. It appears Iron Man is into the Italian exotics

13 May 2015, 14:26 UTC / The power gains are quite modest, leading us to believe that Ferrari did everything it could to make the California T's force-fed vee-eight blunderbuss

27 Nov 2014, 18:13 UTC / It might be just an update of the earlier model, but the California T is also one of Ferrari’s latest models, so it’s only normal you get as close as possible to its performance and beau...