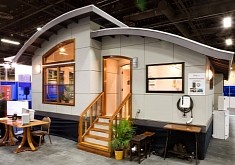 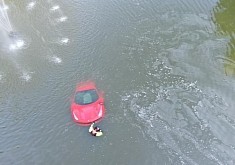 1 Jul 2022, 09:39 UTC / Dodge is readying three muscle car debuts for next month, and one of them could add the Tomahawk suffix. Will it be the electric version?

7 Jun 2022, 13:56 UTC / Less than a year after it was first reported about the potential guilty plea, FCA US LLC has agreed to pay nearly $300 for its cheating V6 diesel engines

28 Apr 2022, 20:42 UTC / Suzuki's offices in Germany were raided yesterday as the company's diesel engines came under suspicion. Two other companies were also raided

17 Mar 2022, 20:34 UTC / In addition to the GME T6 Tornado, the peeps at Fiat Chrysler appear to be developing the four-cylinder turbo like there's no tomorrow

Volkswagen Considers Listing Porsche as a Stand-Alone Company Through IPO

22 Feb 2022, 13:25 UTC / Both Volkswagen and Porsche SE made official statements talking about the intention to make Porsche walk on its own feet from now on

19 Jan 2022, 12:29 UTC / Stellantis is celebrating its first year since it became a company. The merger between FCA and PSA looks successful, and it already has a few milestones

10 Jan 2022, 18:27 UTC / Over in Brazil, the subcompact-sized Renegade crossover has been refreshed for the 2022 model year with yet another facelift

29 Dec 2021, 14:59 UTC / In the first instance, Stellantis will offer the GME T6 "Tornado" straight-six engine as a twin-turbo affair in standard- and high-output flavors

27 Dec 2021, 16:23 UTC / Believe it or not, the long-rumored GME T6 straight-six turbo engine known as the Tornado is already in production at Saltillo in Mexico

3 Dec 2021, 10:42 UTC / The European Commission has called on Italy to enforce penalties on FCA for the use of banned devices to manipulate vehicle emissions

26 Nov 2021, 18:15 UTC / General Motors and FCA have been involved in a legal spat for months and now Fiat Chrysler Alfa Romeo says that GM has been impersonating former FCA employees

FCA Fogged Up During Ram 1500 Production, Will Repurchase the Faulty Trucks

28 Oct 2021, 19:11 UTC / The FCA EcoDiesel saga may come to a conclusion in early November according to a fresh insider report from news agency Reuters

18 Oct 2021, 22:04 UTC / GM sued FCA in 2019, and the allegation centered around a claim that FCA engaged with members of the United Auto Workers to corrupt collective bargaining

16 Aug 2021, 11:43 UTC / Ford might be benchmarking the Dodge Charger SRT Hellcat in order to better understand the competition for when it starts building sedans again

Cristiano Fiorio Will Be Responsible for Alfa Romeo's Formula 1 Success

7 Jul 2021, 10:39 UTC / The fabulous supercharged V8 engine powering the Hellcat models is rumored to be replaced by a turbocharged inline-six PHEV, presumably with 525 HP.

VW Wanted to Buy Alfa Romeo And Give It Porsche Power, FCA Said No

21 Jun 2021, 10:32 UTC / The late Ferdinand Pieche wanted Alfa Romeo to operate under Porsche’s ownership and get its flat-four engines, but FCA refused to sell it.