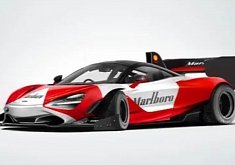 6 Mar 2016, 16:04 UTC / More than a century before hybrid cars and regenerative braking entered the mainstream, the Armstrong Phaeton was just another car in a sea of cars

2 Mar 2016, 16:54 UTC / The Kia Niro is a car of two firsts for the South Korean brand. One of them is its exclusive platform. Try to guess what the second first is all about

12 Feb 2016, 19:51 UTC / Plug-in hybrid vehicles can sometimes be a pain in the neck. That made us wonder what hybrid (and diesel) alternatives there are to PHEVs sold in the U.S.

6 Feb 2016, 13:13 UTC / Bernice Dapaah is the woman behind the Ghana Bamboo Bikes Initiative, a small factory that builds green bicycles with frames made of bamboo

5 Feb 2016, 16:08 UTC / If you're interested in this environmentally friendly minivan, tough luck - the Honda Odyssey Sport Hybrid is a JDM-only offering. At least for now...

5 Feb 2016, 15:12 UTC / Porsche is getting serious about making the Misson E happen by decade's end. Case in point - the Porsche photovoltaic pylon in Berlin

2017 Chevrolet Volt Production Starts, Differences Are Minimal over the 2016 MY

27 Jan 2016, 17:08 UTC / The Paris municipality reclaims the Canal Saint-Martin and cleans it, revealing an authentic scooter and bicycle graveyard at the bottom

22 Jan 2016, 09:48 UTC / Ducati unveils new bicycle and pedelec range in collaboration with Bianchi, and the line-up includes a Hypermotard-themed one for kids

23 Dec 2015, 10:13 UTC / Phantom E Vision is a pedelec with rather modest specs but which is styled like a vintage Indian motorcycle and looks totally sweet

Rieju Is Back in the Pedelec Business

17 Dec 2015, 15:28 UTC / Spanish small-displacement motorcycle manufacturer Rieju is bringing back pedelecs and returns with no less than five models

Sunnyclist Is What Happens When You Mix Solar and Leg Power

11 Dec 2015, 14:15 UTC / There's a pretty rich selection of electric vehicles out there, one weirder than the other, but none of them could double as a gym apparatus

Brandalism Answers in Its Own Way to COP21 Climate Conference

2 Dec 2015, 11:05 UTC / UK-based activist group strategically placed no less than 600 fake ads in Paris, as an answer to the Climate Conference’s corporate sponsors

30 Nov 2015, 10:23 UTC / Chinese and Luxemburg engineers shake hands for interesting iTrike electric joint venture and their 1T electric trike is quite a looker

EICMA: 2016 Zero DSR Is an Electric Dual-Sport Bike on Steroids

17 Nov 2015, 15:20 UTC / Zero is taking a bold step in the European market and the riders of the old continent will now have more opportunities to taste the all-electric dual-sport fun