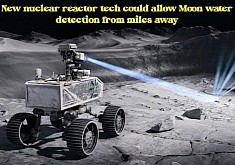 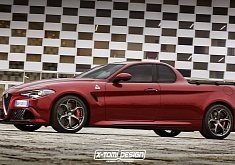 23 Nov 2022, 19:55 UTC · By: Mircea Panait / Mercedes appears to have finished its Dieselgate saga in the state of Arizona, with the German automaker and Bosch agreeing to pony up $6 million

28 Jun 2022, 18:49 UTC · By: Gustavo Henrique Ruffo / Yes, you have already heard this story with Volkswagen. Yes, Bosch seems to be involved with the cheating software once again.

7 Jun 2022, 13:56 UTC · By: Mircea Panait / Less than a year after it was first reported about the potential guilty plea, FCA US LLC has agreed to pay nearly $300 for its cheating V6 diesel engines

Owners of Vehicles With Defeat Devices Should Have Right to Compensation, Advisor Says

3 Jun 2022, 15:06 UTC · By: Sebastian Toma / An advisor of the European Union's Court of Justice, the highest of its kind in the EU, believes that owners of cars with defeat devices should be compensated

26 May 2022, 12:31 UTC · By: Sebastian Toma / Almost seven years have passed since the Dieselgate scandal erupted. The German conglomerate has announced it settled the case out of court in Englad and Wales

28 Apr 2022, 20:42 UTC · By: Sebastian Toma / Suzuki's offices in Germany were raided yesterday as the company's diesel engines came under suspicion. Two other companies were also raided

6 Mar 2022, 22:03 UTC · By: Florin Amariei / Hino employees were switching components and company representatives have lied to officials. Here’s the story and what’s going to happen

The Used Car Market Is So Bad People Ask $74,000 for a Dieselgate Volkswagen

13 Jan 2022, 14:56 UTC · By: Cristian Agatie / The used-car market is bonkers, as people ask more than the sticker price for a beaten-up vehicle like this Volkswagen Touareg with Dieselgate history

23 Sep 2021, 16:10 UTC · By: Mircea Panait / An echo of the Dieselgate scandal, the "temperature-window" software used by VW has been deemed illegal as per the advocate general of the Court of Justice

3 Jun 2021, 14:52 UTC · By: Sergiu Tudose / Volkswagen concluded that its ex-CEO, Martin Winterkorn, had breached his duty of care, although he denied being responsible for the diesel scandal

Mercedes Emissions Cheating in the U.S. Settled for $1.5 Billion

15 Sep 2020, 12:48 UTC · By: Mircea Panait / Instead of living up to the "Best of Nothing" tagline, Mercedes has admitted to cheating emissions regulations in the United States of America

Mercedes-Benz to Settle Emission Charges in the U.S. for $2.2 Billion

6 May 2020, 20:01 UTC · By: Mircea Panait / Over in South Korea, Dieselgate appears to continue thanks to - or rather because of - Mercedes, Nissan, and Porsche. All three were fined by the government

27 Nov 2019, 10:55 UTC · By: Alex Carausu / The Dieselgate scandal and the high cost of the electric drive makes Audi hard to manage, as CEO Schot is starting to renovate and plan for the future

Porsche Fined Half a Billion Euro, Gets Off the Hook in Dieselgate

7 May 2019, 14:05 UTC · By: Daniel Patrascu / Stuttgart Public Prosecutor's Office issues a €535 million fine for Porsche, on account on its involvement in the Dieselgate scandal