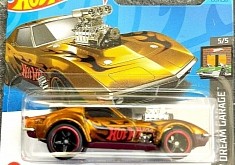 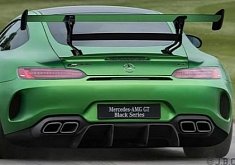 30 Sep 2022, 08:47 UTC · By: Daniel Patrascu / The James Webb Space Telescope and Hubble both captured still from before the DART impact on a distant asteroid, first pic released

Asteroid Takes a 14,000 MPH Punch From the Human Race, Suicidal DART Spacecraft Is No More

26 Sep 2022, 04:54 UTC · By: Bogdan Popa / This Dart Swinger has been sitting for close to three decades, yet this hasn’t killed off its ambition of returning to the road one day

16 Sep 2022, 19:34 UTC · By: Dragos Chitulescu / Mattel has just released a cool little series for Mopar enthusiasts around the world. There are five cars included, and you'll find them in stores soon enough.

En Route to Poke an Asteroid, DART Spacecraft Had a Baby

16 Sep 2022, 13:44 UTC · By: Daniel Patrascu / The Double Asteroid Redirection Test (DART) deploys the LICIACube double camera satellite to document its impact with an asteroid on September 26

Here’s the Didymos Asteroid, Doesn’t Know Humans Have Bad Things Planned for It

8 Sep 2022, 12:12 UTC · By: Daniel Patrascu / NASA's DART spacecraft captured its first images of the Dimorphos asteroid it'll smash into back in July, compiled pic just released by the space agency

DART Is Not NASA's First Mission To Crash Into an Asteroid, Let's Take a Look Back

4 Sep 2022, 16:43 UTC · By: Angela Balaciu / NASA has a long history of investigating asteroids and comets, as well as just smashing into them, sometimes because they wanted to

2 Sep 2022, 20:34 UTC · By: Angela Balaciu / The European Space Agency is sending Hera Spacecraft to investigate the aftermath of the impact of NASA’s DART spacecraft into an asteroid

29 Aug 2022, 06:54 UTC · By: Daniel Patrascu / New telescope observations confirm the smaller Didymos asteroid will be at the calculated position for the DART impact set for September 26

NASA’s Bombing an Asteroid on September 26, We’re Promised No Threat to Earth

Dodge Dart Diffuser Looks Like a Hair-Cutting Machine for Giants

15 Aug 2022, 12:05 UTC · By: Cristian Gnaticov / The legend says that this goofy-tuned Dodge Dart can mow the lawn in reverse, though you shouldn't believe everything you hear

19 May 2022, 21:33 UTC · By: Bogdan Popa / A rough ’72 Dodge Demon is trying to find a new home where it would eventually receive the long-awaited restoration process

28 Apr 2022, 22:05 UTC · By: Bogdan Popa / This Dart has apparently been pulled from a barn recently, and now the restoration process has already been started by its current owner

20 Mar 2022, 22:20 UTC · By: Bogdan Popa / This ’68 Dart still has the original engine inside, yet it’ll obviously require a full restoration before even dreaming of a return to the road

14 Mar 2022, 22:04 UTC · By: Aurel Niculescu / Abimelec Arellano, the virtual artist better known as “abimelecdesign” on social media, introduces us to a real project that he was a “small CGI part” of

26 Feb 2022, 06:14 UTC · By: Daniel Patrascu / Years after the DART spacecraft would have smashed into distant asteroid Didymos, ESA will send two CubeSats to witness the carnage, and more

14 Feb 2022, 23:23 UTC · By: Bogdan Popa / This Dart GTS received a second chance a few years ago, but now the owner wants to sell it to someone interested in a full restoration

Little Dodge Dart SRT Widebody Goes the Way of Hellcats, Only With a CGI Twist

14 Feb 2022, 08:36 UTC · By: Aurel Niculescu / Sadly, this is all just another Hagerty-sponsored “What If” episode from Abimelec Arellano, the virtual artist better known as “abimelecdesign” on social media