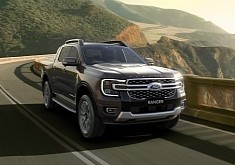 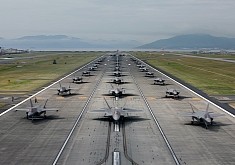 Home > News > Autoevolution's Chevrolet Month
Whenever one says the word GM, the mind immediately generates the image of the Chevrolet bowtie. The American corporate behemoth, owner of more brands than we care to count, has become synonymous with this particular nameplate because, well, that was more or less the plan all along.

Today, Chevrolet is one of the most visible carmakers out there, and it is one of the most stable and widespread names in the auto industry. From the U.S to China and everywhere in between, there are bowties for every taste and pocket, just like intended.

We have the big Silverado pickups and the mighty Camaro, the iconic Corvette now with a mid-engine layout, the Suburban, the longest-running nameplate in automotive history, and many other perhaps less impressive nameplates, like the Trax, Sonic, or Bolt.

Chevrolet the carmaker was born 109 years ago out of the need of General Motors founder William Durant to get back in the corporate saddle after being removed in 1910. It came to be as Durant was beginning to dream a world where a car company could own more than just one marque, each with its own car lines, dreams and aspirations.

Durant set up the company together with Louis Chevrolet. The Swiss-born was at the time a driver for Buick, and a good one at that, as he caught Durant’s eye. The two quickly grew close together and, as was his habit with close friends, Durant soon decided to give Chevrolet his own car brand.

So, in November 1911 the Chevrolet Motor Car Company was born, and for a number of years it fought to make a name for itself. It quickly did and, using the new entity, Durant managed to buy his way back into GM in 1918 - only to be once again removed a year later.

But despite Durant’s problems, Chevy as it would become known, survived. After the executive’s second ousting, GM’s top brass decided to build "a car for every purse and purpose" under the Chevrolet name, and kick the hell out of Ford in the process. It is now when Chevrolet becomes General Motors’ main brand, a reality that survives to this day.

Since the story of Chevrolet began in a November more than a century ago, we decided to dedicate this month to the American brand, so stay tuned for a flood of stories with the carmaker, its cars, and its exploits at their core.

27 Nov 2020, 12:55 UTC · By: Daniel Patrascu / 1977 Chevrolet Monte Carlo Landau is one of the most interesting cars we've seen during our Chevrolet Month Coverage this November

27 Nov 2020, 08:53 UTC · By: Aurel Niculescu / Anyone who doesn't feel like waiting for GM to bring out the C8 Chevrolet Corvette ZR1 should hurry up and decide if the C7 could fit the bill instead

27 Nov 2020, 08:20 UTC · By: Aurel Niculescu / A new report sheds a bit more light on the subscription prices of General Motors' Super Cruise technology, and more pickups are on the list

1967 Camaro 327 Is Full of Rust, Needs New Windows and Brakes, Still a Looker

27 Nov 2020, 06:55 UTC · By: Bogdan Popa / A first-year Camaro coming with several holes in its body is a project car that deserves some attention; now listed for auction on eBay

26 Nov 2020, 21:58 UTC · By: Mircea Panait / The Chevrolet Silverado 1500 is a "don't buy" according to Consumer Reports, and the Colorado hasn't scored too well either in terms of predicted reliability

Ready, Set, Bolt On Your '70-'81 Camaro or Firebird to the All-New SPEC Chassis

Red and Black 1968 Chevrolet C10 Has the Perfect Retro Vibes

26 Nov 2020, 12:18 UTC · By: Elena Gorgan / Listing from Iowa could be your way to relive the good old days, with a truck limo that’s large enough for all your close friends and can still haul stuff

Lifted 1972 Chevy Suburban 4x4 Is Black Panther-Clean Outside, Disastrous Inside

26 Nov 2020, 12:09 UTC · By: Aurel Niculescu / Here's an automotive example of “don't judge a book by its cover,” because this Suburban looks spectacular on the outside but hides a nasty secret inside

26 Nov 2020, 10:33 UTC · By: Daniel Patrascu / 1962 Chevrolet Bel Air ShowLow is one of the most extreme custom builds of its kind and winner of multiple awards, selling next month

1960 Chevrolet C/K Pickup Is a Barely Started Custom Project, in Need of Rescue