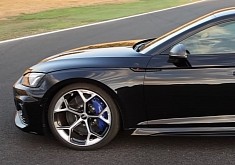 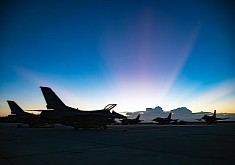 Would You Trade Your Model S for the New Bolt? Steve Wozniak Apparently Would

8 Sep 2016, 09:38 UTC / An important figure of the American technology world says he's thinking about trading in his Tesla Model S for a Chevrolet Bolt

7 Sep 2016, 13:01 UTC / By using one of the four available one-pedal driving modes, Chevrolet Bolt owners can squeeze up to 5 percent more range from the heavily-anticipated model

2 Sep 2016, 21:11 UTC / Two of the most important figures at General Motors share a bland ride in Opel's upcoming Ampera-e EV: the European conversion of the Chevrolet Bolt

19 Aug 2016, 14:01 UTC / According to a General Motors official, adaptive cruise control won't be available in the Chevrolet Bolt for the model year 2017

Cadillac Killed Off the ELR in February, to Be Replaced by the CT6 Hybrid

18 May 2016, 17:01 UTC / You've heard that right! Cadillac canceled the poor-selling ELR in February, stopping production altogether. Fingers crossed the CT6 Hybrid will do a better job

20 Apr 2016, 18:35 UTC / After a red monster, Tesla's avatar is replaced by the Green Hulk in the latest parody. Besides being funnier, this one also has some truth to it

15 Apr 2016, 14:56 UTC / GM pulled every possible string to have the Bolt EV launched ahead of the Tesla Model 3, but after the March 31 presentation, it could still be too late

This Is the 2017 Chevrolet Bolt. It's Going to Change Everything

7 Jan 2016, 13:33 UTC / The electric compact is one small step for General Motors, one giant leap for the electric car market. Well, at least until the Tesla Model 3 arrives

23 Jun 2015, 12:47 UTC / General Motors Orion Assembly is currently producing the Chevrolet Sonic and Buick Verano. In the future, the Chevrolet Bolt and a mystery car will be made here

8 Jun 2015, 09:20 UTC / A new age is set to arrive for battery packs, as LG Chem announced they can now build a lithium-ion battery capable of granting a range of 300 miles

16 Apr 2015, 08:06 UTC / The 2017 Chevrolet Bolt will retain the name of the Bolt EV concept vehicle General Motors presented in Detroit three months ago

Ford Wants To Come Up With a Chevrolet Bolt EV Competitor

7 Mar 2015, 11:02 UTC / Ford could unveil an all-electric model by the end of the year, according to a new report. The EV could compete with the upcoming Chevrolet Bolt

6 Feb 2015, 13:56 UTC / The Detroit Auto Show's Chevrolet Bolt EV Concept gallops to production reality according to a recent report. When? October 2016. Where? Near Detroit Motor City

12 Jan 2015, 13:46 UTC / Oh my, this was totally unexpected from General Motors to showcase at the Detroit Auto Show. In the last few days, numerous publications reported that a Tesla Model III rival from Chevy will debut a...