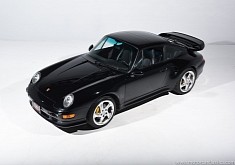 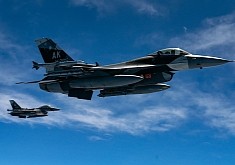 Blue Angel Pilot Flew F-11A Tigers for a Living, Drove This Corvette in His Spare Time

14 Oct 2022, 11:41 UTC · By: Daniel Patrascu / Short clip of the Blue Angels in action shows some of the stunt pilots' planes in action somewhere, pulling a very Top Gun-ish stunt

23 Aug 2022, 09:56 UTC · By: Daniel Patrascu / Cockpit video showing the U.S. Navy Blue Angels in action gives us a glimpse at how training can make anything look easy

Grumman F-11 Tiger: Never Shot Down Anything But Itself, Still Looks Great in Blue

9 Jul 2022, 10:30 UTC · By: Benny Kirk / the Tiger was a project that looked hopeful in the beginning but turned out to be something Grumman probably wanted to forget ever happened by its end

15 Sep 2021, 08:17 UTC · By: Otilia Drăgan / The famous Blue Angels celebrated their 75th anniversary and invited actor Glen Powell to join them. IWC's new collection is a tribute to this anniversary

15 Apr 2015, 12:01 UTC · By: Tudor Rus / Some could say drifting is the motorized form of dancing, but Lexus Japan has another opinion. And it's twice as good as drifting

Chromed Blue Angels Ford Mustang GT to Be Auctioned Off

7 Jul 2011, 11:38 UTC · By: Mihnea Radu / Going to the highest bidder this year at the Young Eagles Auction will be this one-of-a-kind Blue Angels 2011 Ford Mustang GT. For the past four years, Ford Motor Company has worked in collaboration...

30 May 2011, 05:49 UTC · By: Daniel Patrascu / Perfection is not something you can bargain for. For years, a group of pilot daredevils who like to call themselves the Blue Angels have impressed the world with their gifted, practiced and near per...