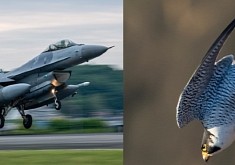 A Peregrine Falcon is the Fighter Jet of the Animal Realm, How Does It Stack Up to a F-16? 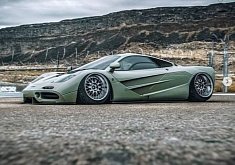 It Works Both Ways: Car Maker Wants to Launch a Smartphone

5 Apr 2022, 22:34 UTC / Chinese EV producer is considering the mass production of a smartphone that would be first and foremost aimed at its customers

3 Apr 2022, 21:58 UTC / The WA Police has started using CarPlay in patrol vehicles, therefore being able to respond to incidents faster than before

28 Mar 2022, 20:37 UTC / Stalker turns to an Apple Watch to track the location of his girlfriend; the device was hidden in the wheel of the victim’s car

24 Mar 2022, 23:46 UTC / Apple has announced that the digital car key feature has expanded to more vehicles, including select 2022 Kia and Genesis models

After Google Maps, Apple’s Navigation App Goes Down as Well

18 Mar 2022, 16:46 UTC / During a video conference on Porsche AG's annual results, CEO, Oliver Blume said they were in talks with Apple over possible joint projects

17 Mar 2022, 23:06 UTC / Steve Wozniak has announced on Twitter that his new car is a Lucid Air; the Apple co-founder is known as a Tesla enthusiast

Apple Car Team Is No More, Mass Production by 2025 Now in Doubt

16 Mar 2022, 23:40 UTC / Analyst claims the Apple Car team has been dissolved, and now the tech giant needs to complete the reorganization as fast as possible

15 Mar 2022, 22:21 UTC / The 3D navigation feature bundled with Apple Maps could soon launch in Germany as well, as the local testing has recently started

12 Mar 2022, 13:10 UTC / Russia’s invasion of Ukraine has been met with a swift reaction from hundreds of international companies, many of them suspending their local operations

8 Mar 2022, 23:01 UTC / The Cupertino-based tech giant is reportedly holding talks over FC-BGA substrates for chips that would power the Apple Car

7 Mar 2022, 22:36 UTC / Woman says someone tracked her using Apple’s GPS tracker that was at one point quietly planted in the grille of her own car

1 Mar 2022, 23:30 UTC / The company has recently been granted a new patent for a new liquid cooling system that could once be used on its first EV

Mysterious CarPlay Bug Breaks Down All Apps, Waze Could Once Again Be the Culprit

26 Feb 2022, 22:56 UTC / Some users out there are now struggling with a glitch causing CarPlay to no longer be able to launch any app when the iPhone is connected to the head unit

23 Feb 2022, 23:37 UTC / Apple has recently reached out to a Korean company for the production of modules that would be integrated into its autopilot chip

Google Maps for iPhone and CarPlay Receives Another Mysterious Update

23 Feb 2022, 22:20 UTC / Google seems to be hard at work on polishing the experience with Google Maps on iOS after the release of the latest operating system updates