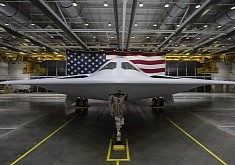 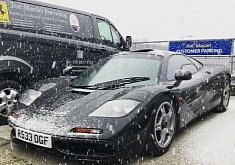 McLaren F1 Gets Driven in The Snow, Defies British Winter

17 Nov 2017, 14:50 UTC · By: Mircea Panait / Kia is taking BMW, Audi, Infiniti, and even Porsche head on with the Stinger, which has a lot of things going for it. Especially value for money

9 May 2017, 16:59 UTC · By: Mircea Panait / Unfortunately it's true, the Stinger GT doesn't sound as good as it looks. Nevertheless, it's still the fastest and sportiest car in Kia's history

Kia Puts The Stinger Through Its Paces At -35 Degrees Celsius

18 Jan 2017, 14:13 UTC · By: Mircea Panait / Finally, Kia let it be known that the Stinger grand tourer will be available with a turbo diesel engine in the Old Continent

10 Jan 2017, 18:06 UTC · By: Andrei Tutu / The South Korean automaker's growth strategy probably doesn't allow it to fill every niche out there, as it happens with its German rivals

Kia Stinger Sportswagon Is Nothing But Wishful Thinking

14 Jun 2016, 09:57 UTC · By: Mircea Panait / The most anticipated Kia in recent memory isn't just a rear-wheel-drive four-door sedan with the looks of a coupe. It's also good at towing stuff, apparently

2018 Kia GT Spied in Germany, Could to Be Called Stinger

13 Jun 2016, 09:47 UTC · By: Mircea Panait / Kia is preparing something really special in the form of a rear-wheel-drive four-door sedan with the looks to kill and performance to thrill