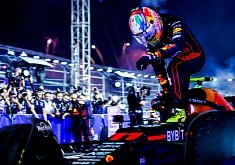 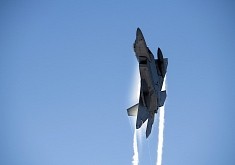 11 Feb 2016, 11:04 UTC / The final version of the MotoGP calendar was revealed, and Aprilia is finally debuting their all-new RS-GP prototype at Aragon, with test in Qatar to follow

8 Feb 2016, 17:50 UTC / The management of the Marquez brothers confirms their separation from Rossi's VR46 Racing Apparel and the GP Rooms business ran by the Nieto family

8 Feb 2016, 12:33 UTC / Race Director Mike Webb will head the new MotoGP disciplinary panel, aided by two FIM stewards who are yet to be appointed

Casey Stoner: "Suppo Never Understood Me, Nor Listened to Me"

5 Feb 2016, 15:34 UTC / After the successful test at Sepang, Casey Stoner talked to Gazzetta Dello Sport and declared that HRC's Livio Suppo never understood or listened to him

Casey Stoner Is Made of Alien, Too

4 Feb 2016, 15:58 UTC / One year off a MotoGP bike, three years off racing, no longer having anything to prove to anyone, yet Casey Stoner is still incredibly fast on a Ducati

3 Feb 2016, 16:43 UTC / The Grand Prix Commission wants a new panel to solve the race incidents, while the Race Direction continues to deal with running the race, marshaling and safety

3 Feb 2016, 13:12 UTC / The reigning MotoGP World Champion Jorge Lorenzo ends the IRTA test at Sepang in the leading position and was the only rider to drop under the 2-minute mark

Petrucci Puts Pramac Ducati on Top on Day 2 at Sepang

2 Feb 2016, 14:12 UTC / Danilo Petrucci put Pramac's Ducati in the lead on Day 2 at Sepang, while multiple other Ducati bikes were in top ten, including "customer" machines

29 Jan 2016, 09:20 UTC / Jack Miller won't be fit to race in the Sepang test that starts on Monday. Ducati's test rider Pirro shows us the first pics of the Desmosedici GP16

28 Jan 2016, 16:13 UTC / Ioda Racing retires from MotoGP to pursue a WSBK career, while Rossi is a Masterchef judge between his Sky Racing VR46 Moto3 team amd his VR46 academy

27 Jan 2016, 12:36 UTC / Ahead of the Valencia wildcard entry, KTM strengthens the ranks of their test riders with MotoGP veteran Randy De Puniet and Tom Luthi

Marquez Severs Business Relaltionships with Rossi and His Close Ones

27 Jan 2016, 10:49 UTC / Marc Marquez is burning all the bridges that tie him to Valentino Rossi and other people that are close to the nine-time World Champion

MotoGP Figures and Records for 2016

25 Jan 2016, 16:24 UTC / New records might be set in the 2016 edition of the MotoGP championship for both riders and manufacturers, making the anticipations even more thrilling

Aprilia and Suzuki Have More Engines for the MotoGP Season

20 Jan 2016, 09:59 UTC / Jack Miller suffered a broken leg during a motocross training session at the Bellpuig track in Spain, his presence at the official test in Sepang uncertain

Jorge Lorenzo Says He's Not Affected by the Insults of Rossi' Fans, Stays with Number 99

19 Jan 2016, 15:30 UTC / Jorge Lorenzo has been talking to the European media these days, but his tone is much more moderate while speaking about Rossi and the championship

19 Jan 2016, 10:40 UTC / Yamaha releases a bevy of photos with Jorge Lorenzo's and Valentino Rossi's 2016 bikes and leathers, plus the usual vague tech specs

All MotoGP Teams Use Ohlins Suspensions, but the Monopoly Won't Last