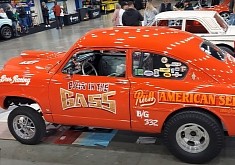 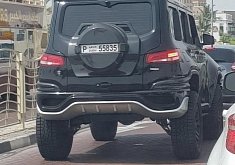 14 Apr 2016, 15:05 UTC · By: Sebastian Toma / BMW has stopped sale of certain versions of the 7 Series in the USA to perform an airbag recall. This time, the supplier is Continental, not Takata

27 Jan 2016, 14:13 UTC · By: Sebastian Toma / BMW's flaghship sedan will be available in Turkey and China with a new entry-level version. The 730i will be powered by a four-cylinder gasoline engine

How to Connect to BMW Wi-Fi Hotspots

21 Sep 2015, 16:53 UTC · By: Gabriel Nica / This short video will show you how the BMW Display Key works, with a small guide to its basic functions included

How to Use Gesture Control on the New BMW 7 Series

16 Sep 2015, 17:09 UTC · By: Gabriel Nica / It seems like BMW is hitting yet another home run with the 7 Series, especially if you're the audiophile kind, with the Bowers & Wilkins sound system

BMW 7 Series Range Will Get a 740d Model This November, with a New 320 HP Engine

BMW Not Interested in Making an Electric 7 Series for Now

BMW Shows Off Individual Range for the 2016 7 Series

22 Jun 2015, 13:03 UTC · By: Gabriel Nica / The all-new BMW 7 Series is a car with an astonishing variety of options. For those with even higher demands, BMW Individual offers the BMW Individual 7 Series