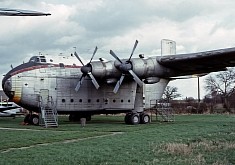 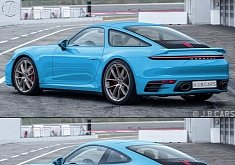 Porsche 928 "Revival" Looks Like the GT We've Been Waiting For

Fastest Charger Hellcat in the World Does 10.6 Quarter Mile, Driven by a Woman

21 Jul 2015, 13:02 UTC · By: Andrei Tutu / These two contemporary power icons couldn’t be more different, which makes this drag race all the more delicious. The combined soundtrack is on the house

19 Jun 2015, 11:44 UTC · By: Andrei Tutu / First of all, what this guy did was illegal. Secondly, it’s difficult for enthusiasts to refrain from talking about such a massive burnout...

10 Jun 2015, 13:50 UTC · By: Andrei Tutu / We salute the fact that Dodge has come clean about having a hard time putting together an ad without resorting to a burnout. We won’t complain

27 May 2015, 15:59 UTC · By: Andrei Tutu / What do you do when you have to wait ten months for your Hellcat to be delivered? You take the Challenger for a road trip across the country

Have You Ever Looked Up the Definition of “Hellcat”?

27 Apr 2015, 07:48 UTC · By: Mircea Panait / Would you be happy to receive your brand spanking new 2015 Dodge Charger SRT Hellcat with two Slingshot wheels that are differently colored from the other two?

2015 Dodge Charger Hellcat Does a Burnout as Break-In Procedure

15 Apr 2015, 13:07 UTC · By: Andrei Tutu / Less than 50 miles. This is the distance that separated the Charger Hellcat's delivery and the delicious burnout you can see in this clip

Here’s a Hellcat Imperial Rendering, Because Why Not?

29 Jan 2015, 09:14 UTC · By: Mircea Panait / 2015 Dodge Charger SRT Hellcat performing final testing to determine the production sedan's top speed. That's what this video is about, plus a lot of V8 bellow.

7 Jan 2015, 10:08 UTC · By: Andrei Tutu / GM has only started shipping 2015 Corvette Z06 units late last year and yet the blown ‘Vette has already offered us plenty of entertainment, from racing Vipers to battling the ZR1 on the dyno....

Hellcat Burnout Compilation is a Tire-Squealing Trip Into Mopar Wonderland

6 Jan 2015, 09:24 UTC · By: Mircea Panait / Mopar nowadays may be just a division specialized in making stickers and other visual bits and bobs, but in the era that gave us Motown music and hits like the classic Dancing in the Street by Marth...