3 In Soviet Russia, People Use Cars to Pull Teeth

4 In Soviet Russia, The Mercedes-Benz S-Class Gets Tombstone Too

Take a moment to think about the wheel and the rubber tire. Without it, we wouldn’t be able to get about our daily lives and try as they might, engineers have yet to invent something better. It’s not for lack of trying though, but sometimes, the going gets really tough and the simple wheel just doesn’t cut the mustard.

During the First World War, the British invented the tank based on a tractor which used tracks to get about, Americans had the landing craft in WW2’s Normandy invasion and after that the Brits invented the hovercraft, which could run on water and up a beach. But the Russian, well they tend to build much sturdier craft than that. None of the amphibious vehicles we mentioned above holds a candle in terms of shock value to this thing.

During the Soviet era before the Iron Curtain fell, the USSR needed a specialist vehicle to recover the astronauts and/or their space capsules which often landed in march lands with no roads. Tanks would have limited range and their tracks could come off or be damaged, leaving the rescue crews stranded themselves. A hovercraft wouldn’t work either because tree stumps could damage its vulnerable skirts.

The solution came from a company called ZIL, which is short for Zovad imeni Likhachova, a truck and heavy equipment manufacturer that also made armored cars and luxury limos for heads of state.

Lateral thinking was needed and it doesn’t get more “lateral” than the ZIL 29061. Instead of wheels, the vehicle they developed has two large cylinders on either side with a screw on them. They work exactly like a ship propeller, pushing the vehicle forwards. In fact, the early “Archimedes” propellers for ships looked just like this. The screws turn in opposite directions to each other to counteract their lateral forces and create purely forward motion. But they can also be turned independently to steer, just like on a tank, or in unison, in which case the ZIL crabs.

About 20 units were built and they worked in tandem with the ZIL 4906, which was nicknamed the “Blue Bird”. The 4906 was a large 6x6 carrier with a crane on the back. This weighed 3.5 tons and thanks to a 150 hp engine could reach speeds of up to 80 km/h. It also had amphibious capabilities, but when the going really got tough it simply unloaded the screw-powered vehicle off its back. The project was a very closely guarded secret of the Union and only those associated with the Soyuz program knew about it. Needless to say, footage of the vehicles in action is very limited. There were a few other designs built by ZIL, but most have either been destroyed or are rusting away in open air museums, which means your best bet for a detailed look is at the ZIL 29061 is this scale replica. 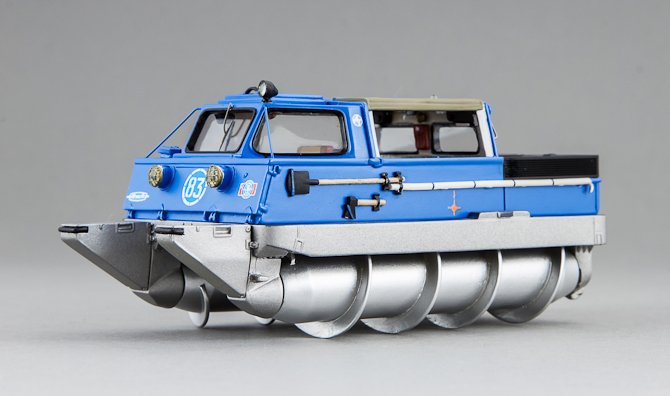 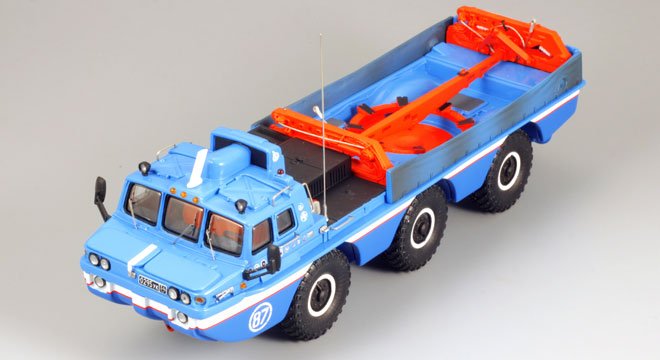 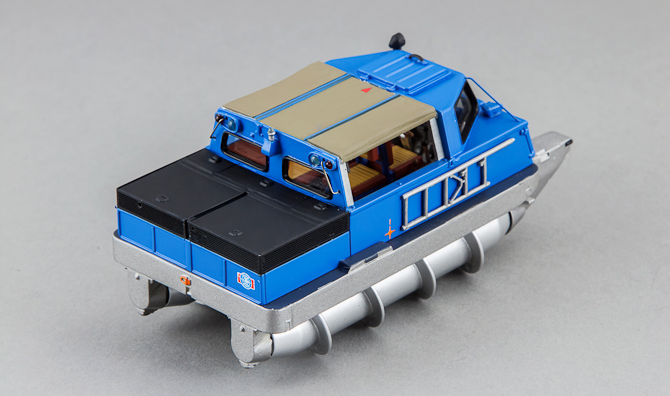 The idea for the ZIL 29061 already existed way before the Russians put it into production. The video below shows you the 1929 Fodson Snow Machine Concept, which used a Ford tractor in combination with the same twin-prop design. It’s not clear if the Soviet engineers copied it or simply came the same solution. One thing’s for sure: this is one crazy idea that never caught on!

Dictators Rejoice: The Stretched and Armored Mercedes-AMG G 63 Is HereSee all coverstories