Home > News > Aviation
Cristian Agatie
Air crash investigations are a valuable tool for the aeronautics industry to improve aviation safety so that the same type of accidents never happen again. But the new electric-powered airplanes introduce unknown risks and problems, and the whole concept of aviation safety needs to be reconsidered.
6 photos

One of the main reasons the airplane is the safest transportation means today is because every accident and incident is thoroughly investigated. Once the conclusion is out, measures are imposed so that a similar accident becomes highly unlikely. But with the new electric airplanes in development, the world must contend with new problems that might lead to crashes. A big part of the air crash investigation book must be written from scratch as never-before-seen problems emerge.

This has become obvious after ZeroAvia lost a hydrogen-powered airplane a year ago. The plane, a modified version of a Piper PA-46-350P that used a hydrogen fuel cells propulsion system, crashed near Cranfield Airport in Bedfordshire, UK, on April 29, 2021. A crash investigation report reveals that the crash occurred during a battery-off test, which led the electric motor to lose power. Fortunately, the crew of two escaped unscathed from the crash, although the plane was written off.

During the test, the crew switched off the battery powering the aircraft to have it operate solely on electricity generated by the hydrogen fuel cells. Things went south when the fuel cells were unable to supply enough energy, which led to the motor losing power. Then something unexpected happened, which could never happen in a conventional airplane.

“During this interruption, the windmilling propeller on the aircraft generated voltage that was high enough to operate the inverter protection system,” writes the AAIB report. “This then locked out the power to the motors and the pilot and observer were unable to reset the system and restore electrical power.”

What brought down the plane was a problem that no pilot in a conventional aircraft had ever encountered before. According to the AAIB report, this didn’t happen for the first time in ZeroAvia’s case, though. A similar incident occurred three flights prior, but the company failed to properly investigate the problem. Hopefully, the recommendations made by the AAIB will help all electric aircraft operators to iron out the teething problems in the field.

ZeroAvia is on a tight schedule and under a lot of pressure to have a 19-seater passenger aircraft operate a commercial flight between the UK and the Netherlands by 2024. The report emphasized that the test team was experiencing a “high workload and there was pressure on them to achieve a long duration demonstration flight by the end of May 2021.” 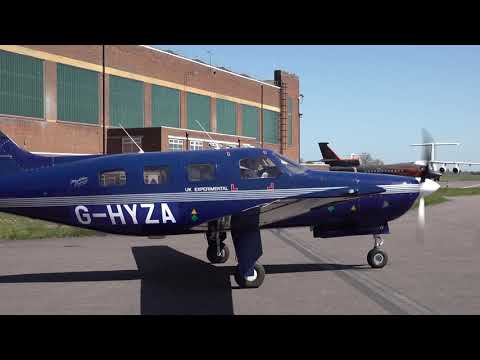