2 Zenvo TSR-S Gets Fragmented Carbon Fiber Wheels That Take One Week to Make. Each

Given that some things move slowly even in the mass-market field (2021 Ford Bronco delays anyone?), one can imagine the snail pace of the automotive stratosphere. It was more than three years ago when renowned vlogger Shmee150 got the chance to review Zenvo’s TSR-S hypercar in Monaco, and it’s only now that we see the car’s official arrival in his UK homeland.
96 photos

Well, actually, it’s not the first time Zenvo Automotive has sent a TSR-S to Great Britain because we can still remember how it was loved and pampered by the local experts from Topaz Detailing. But now, its arrival has been officially heralded by the company itself.

The barely legal, track-focused flagship TSR-S has been sent to the UK by the Danish company to herald an entire summer tour full of events. Zenvo promises interested customers will have the chance to experience (both dynamically and in static displays) the 1,177-horsepower hypercar in the months to come.

Unfortunately, Zenvo hasn’t actually shed light on some of the most important unknowns about its TSR-S summer events program. Such as, you know, the actual calendar for all these hypercar celebrations or how much the 5.8-liter twin-supercharged flat-plane V8 monster actually costs when traded in the Queen’s pounds.

Instead, it just shelled out data that we already knew. For example, the fact that its TSR-S can reach 62 mph (100 kph) in a mere 2.8 seconds, 124 mph (200 kph) in 6.8 seconds, and then top out at an electronically limited speed of 202 mph (325 kph) thanks to the in-house developed V8 and the motorsport-derived transmission.

There’s also one interesting and valuable piece of information, though. It seems the small Danish manufacturer is finally ready for global primetime as it’s currently hard at work setting up a worldwide dealer network. Even better, we should expect a completely new model series coming soon, if we interpret the press release hints correctly. 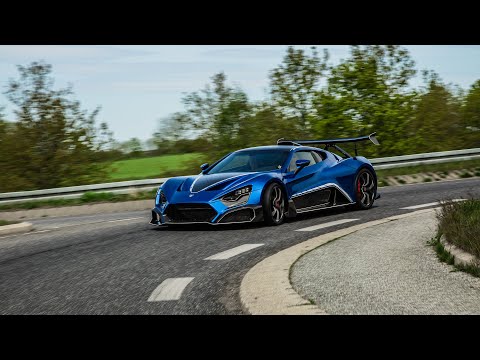