5 The Zagato IsoRivolta Vision Gran Turismo Might Drive Out of the Computer Screen
Car video reviews:
Up Next

Andrea Zagato’s company has a knack for joining hands with foreigners  – just look at its long-lasting collaboration with the British from Aston Martin. But they are always true to their core DNA, and have been teasing the return of a famed Italian name ever since they presented their own Vision Gran Turismo concept.
9 photos

The Zagato IsoRivolta Vision Gran Turismo was, of course, dedicated to the virtual space – but the less exaggerated Zagato IsoRivolta GTZ has been developed solely for the real world. Some fans (possibly those spending too much time on a PlayStation) might be disappointed with the decidedly vintage-flavored approach, but the coachbuilder had serious reasons to go down that route.

First and foremost, the new gran turismo has been prepared as a direct homage to the legendary Iso Rivolta A3 from 1963. If these names do not ring a bell, let us just tell you that Iso Autoveicoli S.p.A. was the original creator of the BMW Isetta and a prominent player in the European GT space during the 1960s and 1970s.

The automaker achieved fame because it managed to compete with the Ferraris and Maseratis of the time by marrying the well-known Italian design to American-sourced powertrains. The love affair led to the creation of the Iso A3 which used the Chevrolet Corvette’s powerplant. The 2020 IsoRivolta GTZ follows in the same footsteps and comes with an Italian body mated to an American heart.

The Milanese Atelier is still cheap on details, but we found out the GTZ took inspiration in one particular A3 – the custom “Berlinetta Stradale” that was created for the French singer and actor Jean-Philippe Léo Smet, aka Johnny Hallyday. Meanwhile, the General Motors-sourced V8 has been mated to a carbon fiber body and comes with serious enhancements.

More precisely, the Chevrolet Corvette’s Z06 supercharged 6.2-liter V8 has been reworked for a 6.8-liter displacement. Zagato says just 19 cars will start shipping to select customers starting October, and just ten of those are still available. Of course, pricing details have not been revealed and we do not expect them to be made public even after the official full presentation – but such a project never comes cheap. 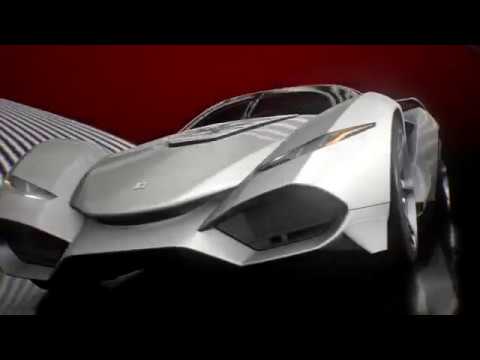