1 Strong 1-2 Finish for Ducati at MotoGP Race in Assen, Quartaro Wasn't So Lucky

2 SBK 22 Promises Endless Nights of Racing on Two Wheels, Coming Out This Fall

4 The New CFMOTO 450SR Is Here, Already Has a Few Rivals

The funny thing about life is that sometimes, dreams just happen to you. One day you could be wondering how it feels like to be a racing driver, and then it can all come true by some string of apparently random events. If the law of attraction is not just an obscure concept, it might explain how these things happen. And it might also provide hope for millions of people that have a seemingly unachievable goal on their minds.

Back in 2020, we got hit by a global pandemic that still affects our lives to this day. Governments resorted to curfews to keep people from potentially spreading the disease, and traveling to other countries became quite difficult. If there is no struggle, there is no progress
Still, some outdoor sports were permitted to carry on, with some strict safety measures in place. In August of that year, I was attending a motorcycle-racing event near my hometown. Working with one of the main local teams, they had a line-up of over 10 motorcycles spread across all classes.

At that point, we were trying to set in motion a new class of racing aimed at junior riders with no previous track experience. We got ahold of the then newly launched CFMOTO 300SR motorcycle and did some basic upgrades to make it more suitable for circuit use.

I then had my first contact with 17-year-old Vlad Chivu, who had arrived at the venue riding his KTM RC125 motorcycle. With no prior arrangements being made, all it took was a short conversation with the team manager for the next big thing to happen.

He was allowed to get suited up and hop on the CFMOTO bike for a quick test around the track. This was his first time doing something like this, although he had previously ridden for up to 19,000 miles (30,577 km) on various street bikes. Go confidently in the direction of your dreams
Coming back from the track, you could read in his eyes that he wasn't going to stop there. With no corporate sponsorship behind, he had to do with what little resources he could gather to allow for a few days of training before his first race.

With guidance from the team, he started going faster and faster, and it wasn't long until he secured his first podium finish: a well-deserved third place at a National racing event. That also happened to be the first-ever podium for the CFMOTO 300SR Motorcycle.

Fast forward to 2021, he got promoted up to the Rookies 600 category, and the team offered him to ride an older Suzuki GSX-R600. Race after race, he proved to be unstoppable, flying past every single opponent that would come in his way.

In the months he had spent on the 300 cc bike, he had started growing slightly frustrated with the lack of results, but that was mainly because he was already too big for it. But everything he had learned on the slower 300SR, he put to good use on the GSX-R600. He has had both good moments and bad ones along the way, but somehow finding sponsors to support his career has always been the trickiest part. No winter lasts forever
"There aren't a lot of companies in our area that are willing to invest in this sport. After coming in contact with over 100 people, I've only received support from two of them. It's that hard," he mentioned with a disappointed look on his face.

As with any motorcycle rider, Vlad has had his share of accidents, too: three at the track and three on public roads. He escaped death last year after a head-on collision with a cab driver that performed an illegal u-turn right in front of him.

Although severely injured, the moment he came out of a several-day-long coma, his first thought was to get back on the bike and win the next race. As of now, he is still recovering after that crash, but you wouldn't think so by watching him ride on the track.

Deemed too fast to go on in the Rookies class, he was upgraded to the Stock 600 category for 2022. With limited funding once again, he is now riding an older Kawasaki Ninja ZX6R. Meanwhile, some of his opponents are racing on much more modern bikes, including an MV Agusta F3. Riding a race bike is an art - a thing that you do because you feel something inside
While he hasn't gotten to grips with the Ninja yet, he is still constantly pushing himself to the limit during each race. Although I've been by his side for most of the 30 races he's taken part in so far, it's still hard to tell what he's thinking right before the lights go green.

Vlad confessed: "I'm usually quite nervous before the start of the race. When we're all on the starting grid, my mind goes blank, and I'm only focused on the lights. During the first few laps, I either try to do as much overtaking as possible or to hold on to my position if I'm in the front row."

With previous experience in doing tricks on a BMX bike, Vlad still has the habit of helping out other kids with advice and moral support. And in his most recent outing on the track, he went back to riding the 300SR motorcycle for a special event: the CFMOTO Cup.

It was there that he was reminded of how fun it feels to ride a bike without going up to 167 mph (270 kph). And it was there that he remembered his early days as an aspiring racer. Competing against fellow riders between 13 to 17 years old, he understood how important it is to have someone to guide you in whatever it is you choose to do in life. The choices we make today create the future that we are dreaming of
Over the past two years, he has managed to juggle both developing his career as an aspiring pro rider and being a coach for the two-wheel champions of tomorrow. If he's not out riding his bike, he'll be on spotter duty for younger riders. Afterward, he will gather them around and start teaching them how to improve.

And even though he dreams about the day when he'll be able to compete in the Stock 1000 class on a BMW S1000RR, he realizes the importance of taking it easy in this sport. "My advice to anyone who wants to take up motorcycle racing is to always keep fighting for your dream; you have to be committed to it if you're going to make it.

And always remember to be smart and play it cool; losing your temper at these speeds is not something you would want to happen" Comparing Vlad Chivu from August of 2020 to Vlad Chivu of today, you'll notice how much racing has changed him, for the better.

In less than two years on the track, he has become more mature than most people that are 25 to 30 years old. His path to success has not been without pain or sacrifice, but we all know that what does not kill us will only make us stronger. 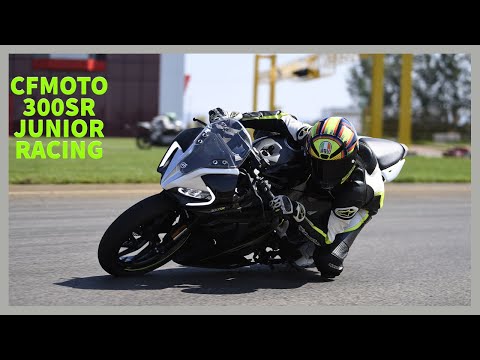 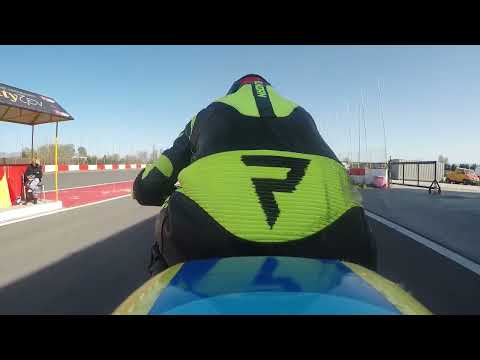