5 2021 Polaris Sportsman 450 Will Thrive in Any Working Conditions
Car video reviews:
Up Next

Fast Charging vs Battery-Swapping: Which One Is Better?

Usually, when a first-person shooter switches to a third-person perspective for you to engage with a vehicle (like a car, bike, boat, plane or helicopter), you’ll find that said vehicle is something generic and unbranded, possibly bearing a striking resemblance to a real-world counterpart.
8 photos

That’s because licensing deals cost money, and most vehicle manufacturers have already struck such deals with game studios that promote their products in a more direct manner – like with racing sims, where the vehicles act as main protagonists, instead of just tools for your character to get from checkpoint to checkpoint.

This means that players can drive the Polaris Sportsman ATV within the gameplay of Battlefield 2042, as showcased in the video below.

“At Polaris, we are passionate about creating products that enable possibilities for work and play in the outdoors. Our partnership with Battlefield 2042 brings that real-life passion to a virtual world to help enhance the player’s experience and ability,” said Holly Spaeth, director, Corporate Branding and Partnerships, Polaris. “As gaming grows and diversifies, this partnership allows us to reach new and existing audiences with an authentic brand experience.” 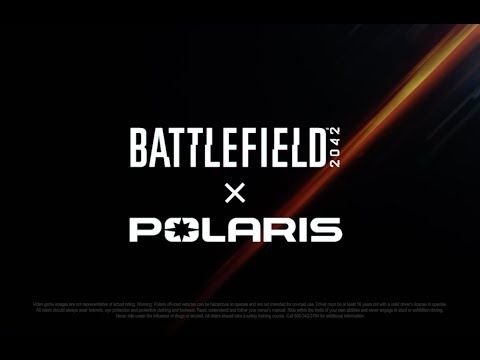