Setting our dreams of racing F1 cars on track aside for a second, what would be the next best thing us, petrol heads would really enjoy doing? Building huge mounds, pushing gigantic tires and Teeter-Totter over a mega mound with huge Caterpillar bulldozers or excavators could do the job.
18 photos

It’s the Disneyland for motorists.

Ed Munn was using big machinery to build his own house when he realized how much fun it was. Even though the house was not really growing as fast as he planned, he thought there could be other people out there to also enjoy using the big guns on the field as entertainment.

The pilot version of the construction theme park opened almost seven years ago and a couple of years later it was already proving to be quite a great success, with an impressive 6,000 visitors in 2011 only. Munn simply offers the chance for people to play in the sand box, like they used to when they were kids with friends in the park. The difference is that instead of the plastic shovel and bucket they now have something else at their disposal, something considerably bigger.

You simply choose between a fully climate-controlled Caterpillar D5G Track-Type Bulldozer, or a Caterpillar 3I5CL Hydraulic Excavator and start going wild. Bounding in a giant dirt playground and destroying stuff not only attracts people, but is not even that of a manly thing as most of the people would think. Reports are half of the customers are women, including housewives and grandmothers. You can even shoot some guns
The packages vary from 90-minute trails to whole day adventures depending on how much you’re willing to pay and what type of game you choose. Dig This recently partnered up with a guns company so now you can also go for the “Destroy Package” which includes 25 rounds in an AK-47 or M4, 25 rounds in the MP5, 25 rounds in the UZI and 10 rounds in a Glock 9 mm or 5 rounds in a Remington 870 shotgun.

Prices start at $250 and you’re going to have to take a trip to Vegas to check it out, but we recon this theme park can easily make for the best grown ups playground we’ve seen so far. 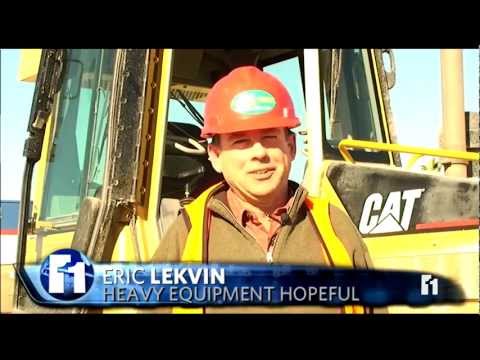