4 1969 Chevrolet Corvette L88 Convertible Is All About the Engine

But one really needs to be prepared – both financially and especially on the mental side – to shell out anywhere near the $5,000,000 estimate just to own one of the greatest Corvettes ever built. This ‘67 Vette’ might very well be the Holy Grail for the collector looking for true balance between sports and muscle car traits...
10 photos

The cherished L88 Chevrolet Corvettes – some of them unique in more than one way – have been manufactured by General Motors' division over a span of just three years (1967 - 1969). A total of just 216 units were produced – though in the first year of availability the exclusivity is ten times greater, with a mere 20 being built over the period.

That means desirability for the 1967 Chevrolet Corvette Convertible L88 is off the charts. Especially when the L88 Corvette in question has the most unquestionable pedigree a collector can imagine. The car, a Bloomington Gold Great Hall Inductee, will become available at the upcoming ‘Dana Mecum’s 33rd Original Spring Classic Indy 2020’.

It is the 1967 L88 Corvette, Serial No. 21550, and comes complete with every single original document – from the window sticker to the factory ID card – alongside a fantastic motorsports' pedigree. During its eight-year racing tenure the L88 Corvette managed an outstanding second-place finish in the GT Class at the 1970 Daytona 24 Hour Endurance race, among others.

Apart from that, it’s also the holder of a record 52-consecutive wins among its 150 victories and almost 300 podium finishes. And one final note: included in the sale is the option to spec a recently restored, period correct L88 engine – just in case the new owner wants to keep the original mill in pristine condition.

For more information on the motorsport trials and tribulations of this iconic piece of motoring history, we may kindly refer you to the attached press release below. 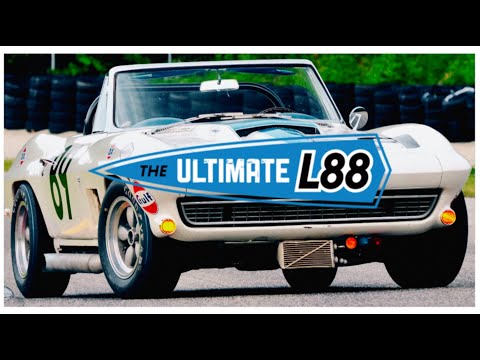