1 Is It True GM Will Sell Autonomous Vehicles to Consumers by Mid-Decade?

Cruise has opened up to the public in San Francisco, helped by a fresh $1.35 billion investment from SoftBank Vision Fund. The rides are free of charge for now, but the service will begin to monetize the rides soon.
7 photos

If you thought the Chevrolet Bolt is dead, you couldn’t be further from the truth. Although it is hard to imagine someone would buy the Bolt again, the crippled EV will continue to be a part of many people’s lives, at least in San Francisco. That’s because Cruise, a GM-backed driverless ride-hailing service that started public service in the Golden City uses the Chevy Bolt to drive people around. If this sounds like Sci-Fi, it is just normal in San Francisco.

If you fancy a free ride in a driverless car you should head to Cruise’s website and sign up, but don’t expect an easy ride soon. There’s a waiting list there and the service is only available from 11 pm to 5 am, at least for now. It makes sense, as the traffic at night is more manageable, even for an automated system like that deployed by Cruise. Also, the service is limited to certain areas and streets within the Haight-Ashbury, Richmond District, Chinatown, and Pacific Heights neighborhoods. We guess this is because the system was trained in these areas.

The service was trialed in the past three months by Cruise employees and even GM’s CEO Mary Barra took a ride in the automated Chevy Bolt. It looks like the system is now ready for commercial service, although there seems to be only a limited number of cars available, hence the waiting list. Cruise wants to ramp up progressively, and we expect the SoftBank investment to buy a lot more Chevy Bolts.

If you watch the video below you’ll notice people behaving childishly, marveling at how far the technology has come. You’ll surely excuse them since even Mary Barra described the ride as “surreal” and “a highlight of her career” as an engineer. This comes as a surprise since Waymo was already hailing people in the San Francisco area using driverless cars. 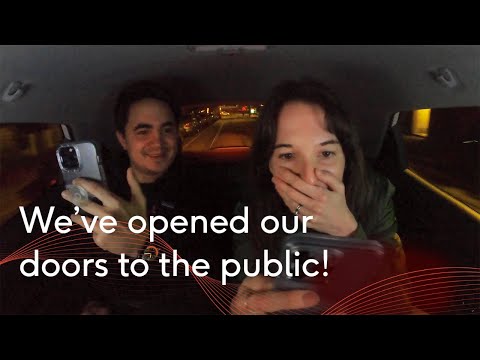