1 These Stars Drive the Most Eye-Catching, Craziest Cars

2 The BMW That Tupac Was Shot In Is For Sale, Whopping $1.5 Million Asking Price

4 Tupac's Customized Hummer Is for Sale

If you like your expensive cars with a dash of the macabre, you should probably know that the car rapper Tupac Shakur was shot dead in is now up for sale.
17 photos

Tupac / 2pac was gunned down as he was leaving a boxing match with pal and record label boss Suge Knight in 1996. He took 4 bullets, one in the arm, one in the thigh and 2 in the chest, and died later at the hospital from internal bleeding. Tupac was 25 years old and is considered, to this day, one of the most influential rappers in the world.

The car and he Knight were in when someone from a white Cadillac opened fire was a black BMW 750iL that Death Row Records had leased earlier that year. It was a new model and boasted everything from a black leather interior to a telephone, so it was made to draw attention.

It’s still just as eye-catching today. It has changed some hands since the shoot-out and was even on display after the police were done with it and auctioned off. Today, though, there’s only a small dent left of the 4 bullet holes, to recall the tragic night when gang war took the life of one of the most prominent rappers out there, as it’s been restored to mint condition.

Celebrity Cars Las Vegas is selling it and says that it “runs great and is in excellent condition,” and has 121,043 miles on the clock. It has replacement wheels, but they’re the same as the original. It recently got a fresh coat of paint and everything is in working order.

“The new owner will be provided with documentation proving ownership and history,” the seller says. “The car has had several owners since the shooting but the most recent put it through a full restoration. Celebrity Cars has the vehicle on display in our showroom and is available for sale.”

A fully refundable $20,000 deposit is needed to make a bid, with the final price expected to be “only” $1.75 million. Given its history, it’s actually a good deal. If you’re into that kind of thing. 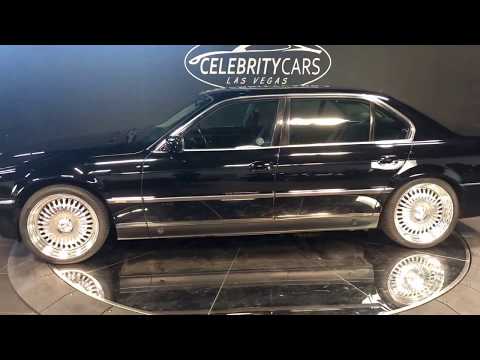