Ionut Ungureanu
The 2014 edition of one of the world’s greatest supercar rally has just started. Having Xzibit waving the flag, the high-heeled petrolheads finally got to show off in their hundred-thousand-dollar supercars. Dozen of hot motors that are rarely seen on the road to one location have shined, while stunning photography and videography kept on going.
1 photo
This wealthy-people race gets more and more popular every year. You get to see Bugatti Veyrons, McLaren P1, Ferraris and the hulking Brabus G63, all in one. That is just crazy!

And when you have about two hundred people racing in their super-rich vehicles, you definitely want to party before going on the road... Or do you? Anyway, for those that haven’t already seen the movies and pictures you can rest assure, all the guests had a great time the night before the flag dropped at Atlanta’s Centennial Olympic Park. Xzibit, Bun B, DJ Drama, Trinidad Jame$ and DJ Dallas Green took the stage to celebrate the explosive arrival of superstars and supercars.

And 2014 Gumball 3000 is about 100 hundred out-off this world rides, ranging from Lamborghinis to Batmobiles. As to the stars, we’ll just remind you about Deadmau5 riding in his Purrari, David Hasselhoff with his KITT and Tinie Tempah riding in a Bugatti Veyron.

And as if it wasn’t good enough, this year’s edition will also feature a premiere. Maximillion Cooper, the founder of the rally, and the American rapper Eve will get married at the end of it, in Ibiza. 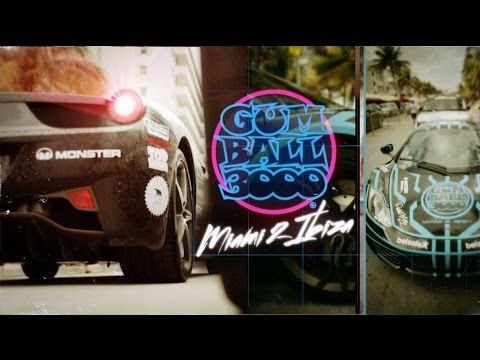