2 This eVTOL Claims to Be Better Than a Helicopter, and Quieter Too. Has a Range Of 3 Hours

3 Flying Cars Are Coming, but They Will Be Terribly Expensive

5 The Polestar Air.V Is a Flying RV Concept for the Travelers of Tomorrow
Car video reviews:
Up Next

XPeng seems to be closer than other names in the industry to launching a flying car. At its annual 1024 Tech Day, the company unveiled what the future flying car looks like, announcing that it will be officially launched in just three years.
7 photos

Only a week ago, HT Aero, an XPeng affiliate, boasted about having scored the biggest single-tranche fundraising to date, in Asia’s flying vehicle sector. The $500 million funding would be used for further development and certification of its flying vehicles. The most advanced one, which will effectively integrate fly-and-drive conversion capabilities, is set to be officially launched in 2024.

XPeng unveiled the futuristic design at its annual 1024 Tech Day, as a new generation vehicle that can actually drive and fly. The Chinese carmaker hasn’t revealed too many details about this model, other than the fact that it will be lightweight, and equipped with a foldable rotor mechanism that enables the fly-drive conversion.

The XPeng X2 model is a stepping stone for the future flying car, HT Aero describing it as “an exploration of an aircraft-car integration”. The new generation model will go beyond exploration and become a fully-integrated aircraft/car that can conduct low-altitude urban flights, as easily as it drives on roads.

At the recent event, XPeng also introduced the latest versions of its advanced driver assistance system, XPILOT 3.5 and XPILOT 4.0., which will be rolled out in the next two years. It looks like the Chinese innovator is ready to turn its smart mobility ecosystem into reality. 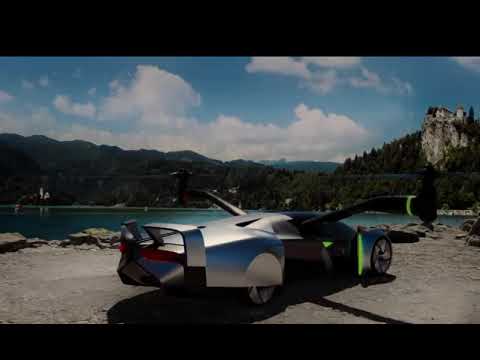