The First Daymak Spiritus Prototype Is Here, but Don’t Get Yourself Worked Up

If you’ve never heard of HT Aero, you will most likely hear about it from now on, because this XPeng affiliate just got one step closer to certifying its next-generation eVTOL that can fly and drive. The Chinese company just scored $500 million for its first series of funding.
7 photos

The impressive XPeng X2, a fifth-generation flying vehicle, was unveiled last month at the 13th Airshow China 2021. This fully-electric vehicle stands out due to its intelligent flight control system and highly-advanced autonomous flying capabilities. The X2 can perform automatic take-off and landing and autonomous flight route planning while providing real-time imaging, monitoring, and two-way communication.

At the exhibition, a promotional video showed how the X2 would be able to commute from the top of a residential building to another and connect to the airport and other transportation hubs. This two-seater with an enclosed cockpit represents “an exploration of an aircraft-car integration,” with a top speed of 81 mph (130 kph) and a 35-minute flight endurance.

We are witnessing an opportunity that is “unprecedented in the history of modern transportation,” said He Xiaopeng, XPeng CEO. According to Xiaopeng, future mobility relies on disruptive technology, new sources of energy, and mass production. Also, with the flying vehicle sector estimated at becoming a trillion-dollar market, the focus on eVTOLs (electric vertical take-off and landing vehicles) is not surprising.

By now, HT Aero has already developed five generations of smart, electric flying vehicles. Its next-generation model is meant to be a fully-integrated aircraft/automobile that can conduct low-altitude urban flights, as well as drive on roads.

The company announced that its recent Series A financing, adding up to $500 million, is the most significant single-tranche fundraising to date in Asia’s flying vehicle sector. Part of this funding will be used to advance the development and reach certification.

The XPeng-backed next-generation flying car is expected to be rolled out in 2024. 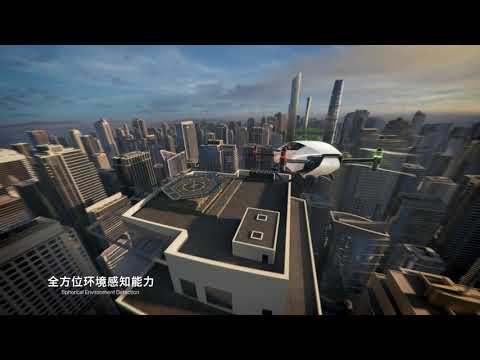