3 Blue Tiger Motion Simulator for More Realistic Games
Up Next 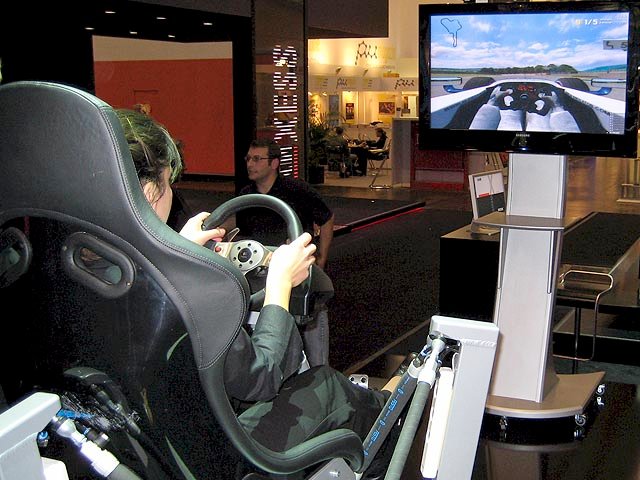 Ever wanted to taste the feeling of being a racing driver? Well, racing fans can feel the movement of every driving maneuver, but only when using the 6-Axis simulator. We know, it would have been more fun bringing the girls as well for the driving experience, but you'll have to make due with this: the "X6" Racing Simulator for Formula 1, DTM and Rally.

The blue LED illumination lends the X6 a special atmosphere during the simulation. Single color LEDs or RGB LEDs are possible for custom compliance.

It also features picture output options in 2D or 3D during the simulation as well as a choice of add-ons. On request, the manufacturer can produce a variety of cockpit covers (for helicopter, Formula 1 or for rollercoaster simulations). A variety of lighting effects with laser technology are also possible. Simulations can be produced in 3D / 4D / 5D as well.

Just to get you in touch with the simulator’s abilities, let us tell you that right from the start, you speed around the entire racing circuit at full throttle, all the way to the finish line. A wide choice of racing circuits and different vehicles are available.

Before the start take a grip on the G25 racing steering wheel and wait for the green light, then step on the gas pedals and steer. For example, you can drive a stock car around a Nascar circuit as single driver or work your way through the pack, passing your opponents.

Four software modes are available on the simulator. The Live for Speed (LFS), GTR 2, GT Legend and DiRT Colin McRae are all offering true in the detail, various reproductions of vehicles, racing circuits and events. To watch the videos, follow this link.