4 art of rally Review (PC): Zen Driving on the Winds of Synthwave

5 After 40 Years, Rally Icon Walter Rohrl Is Reunited With the 924 Carrera GTS
Up Next

Cosmin Vasile
The hotly anticipated WRC 10 is less than two weeks away and developer KT Racing revealed over the weekend more information about one of the game’s features: the Livery Editor. The new comprehensive customization tool allows WRC 10 players to create unique liveries from nearly 30 WRC, WRC 2, WRC 3 and Junior WRC cars included in the game, as well as the historical cars.
7 photos

WRC 10 players will be able to personalize their cars will colors, shapes, stickers, logos, lettering and much more via the brand-new Livery Editor. To make thing even more exciting, KT Racing revealed that players can wear their own designs in the Career Mode as well.

A short video that showcases many of the Livery Editor’s features has been released for your viewing pleasure. From what we’re seeing the new tool really feels like it could put our imagination to the test. We’ll find out more next week when WRC 10 is scheduled for release.

Meanwhile, WRC fans should know that the next installment in the series offers a unique anniversary edition in the form of a retrospective mode. The new mode lets players relive 19 events that have shaped the history of the FIA World Rally Championship.

In retrospective mode, WRC 10 players can drive six historic rallies, including the iconic Acropolis Rally and Rallye Sanremo, with over 20 of the series’ most popular cars: Alpine, Audi, Lancia, Subaru, Ford, Mitsubishi, Toyota, and more. It’s an interesting take on the history of the rally and a love letter to fans of the competition.

One of the most anticipated racing games of the year, WRC 10 is set to debut on September 2 on PlayStation 4, PlayStation 5, Xbox One, Xbox Series X/S, and PC. The game will also be launched on Nintendo Switch at a later date. 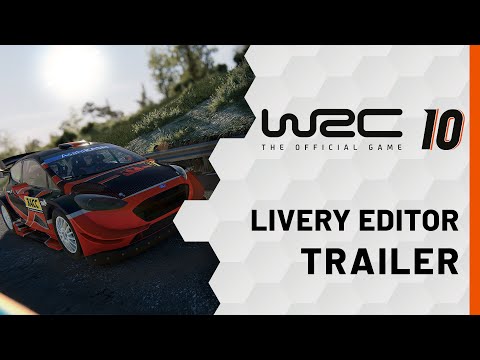