1 TV Channel Used Forza Video to Show What It Takes to Be U.S. President’s Driver

The 2022 season of WRC marks the 50th anniversary of the championship, and because of that, Nacon wants its next game launch to come with an impressive lineup of content.
1 photo
So WRC 10, which the company has officially announced on YouTube earlier today, will launch on September 2 with content that’s supposed to help highlight the championship's magic from 1973 to today.

So, in addition to four new 2021 rallies, namely Estonia, Croatia, Belgium, and Spain, WRC 10 also comes with a History Mode that includes 19 historical events, making it more challenging to cope with the changes and conditions that drivers had to deal with at that time.

There will be six historic rallies, including Acropolis, San Remo, Germany, and Argentina, and no fewer than 20 legendary cars from brands like Alpine, Audi, Lancia, Subaru, Ford, Mitsubishi, and Toyota.

“Career Mode, unanimously hailed as one of the best-developed and most complete in a racing game, has also been comprehensively upgraded and now includes a livery editor, so you can create your own team and add your colours to contemporary cars!” Nacon explains in the official announcement.

“With a hyper-realistic and ultra-precise physics engine, WRC 10 has made the feeling of driving even better, with better aerodynamic force, turbo and braking management, on all surfaces. The sound design has also been revamped to reinforce the immersion.”

In addition, WRC 10 will also include an improved eSport mode with daily and weekly challenges, and players will be allowed to create their own competitions to compete against others.

WRC 10 will officially launch on September 2, and of course, it’ll support PCs and both the old- and the new-generation Xbox and PlayStation consoles. Nintendo Switch support will also be offered at a later time. 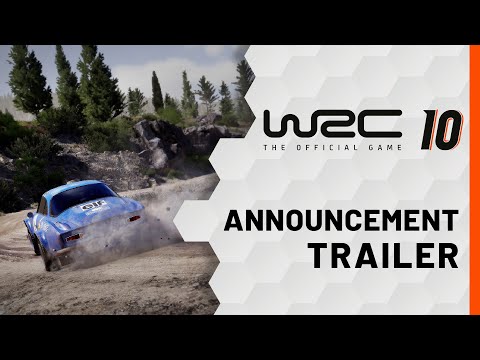