Things manufactured almost six decades ago might come with a healthy dose of patina. But sometimes derelict looks are all part of a conscious choice. One that also includes 6.2-liter LS3 V8s.
62 photos

On this occasion, a dealership (username ScottsdaleAG) located in Scottsdale, Arizona, is the perpetrator of the ruse. This 1964 GMC Series 1000 pickup comes from the early age of GM’s Chevrolet C/K series, counting itself as a member of the first-generation pickup trucks. But age is just a number, sometimes.

Being around 57 years old, it’s only natural for the GMC 1000 to look a bit worn out. But as it turns out, the selling dealer acquired the pickup back in 2017 and then decided it was time to play with some of its patina values. So, the truck spent time in Phoenix, Arizona, for a thorough personalization procedure. The custom work includes, among other things, the engine swap to a 6.2-liter LS3 V8 crate engine and a four-speed 4L80 automatic transmission.

Of course, the GMC 1000 also went through all the usual frame-off restoration procedures, while modern touches also make this truck entirely worthy of the restomod appellative. Notice the teal paintwork? It’s also clear coated, while the frame was powder-coated in black, and the bed got a subtle replacement wood floor.

Actually, the latter along with a few other tell-tale signs are the only hints that prevent this from turning into a proper sleeper. The others would be the spectacular side exhausts, the lowered stance, as well as the 20-inch American Racing wheels, or the LED taillights. More retro-modern highlights can also be found inside, such as the custom dual-tone gray vinyl and suede upholstery, Vintage Air climate control, or the Dakota Digital instrument cluster.

Now, let’s not forget about the most important contemporary secret. That would be the 6.2-liter LS3 V8 fitted with a Holley Sniper EFI and sending the power through a traditional 4L80 four-speed automatic. The dealer’s build receipts are allegedly worth some $75k and they also include a power steering and Hydroboost disc brake system, among others.

If you want this truck, you'd better hurry, though. The auction clock is about to run out and with a mere six hours (at the time of writing) left, the current highest bid has already reached $55k. 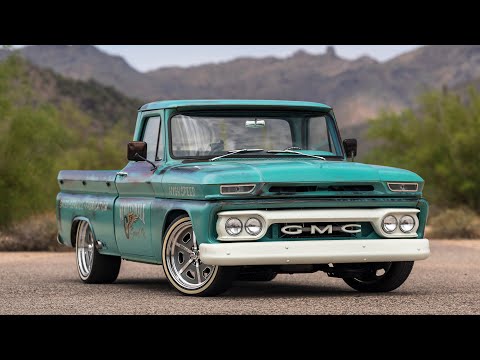 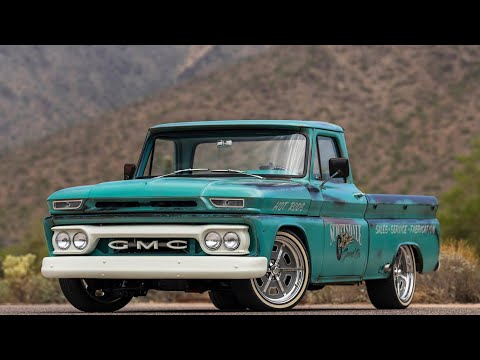