1 Next-Gen Airbus TV Broadcast Satellite Is Ready, Awaits to Be Sent Into Orbit

Razvan Calin
The latest SpaceX mission on September 10th could be a turning point for worldwide telecommunication. The company's Falcon9 launched into orbit a test satellite of a very different nature from everything else that's orbiting Earth. If successful, it could virtually eliminate the "no-signal" issues anywhere on the planet.
19 photos

In other words, our smartphones will send a signal straight into outer space, and one of Blue Walker 3's antennas will pick it up and send it back to Earth. AST SpaceMobile plans to plant a network of its receiving antennas around the globe to interconnect its satellite broadband mobile service to regular mobile providers.

Blue Walker 3 is a unique telecom sat – it is the largest commercial communications array to date, 693 square feet (64 square meters). It even raised concerns among astronomers because it could be the brightest object in our sky after the moon. And, with a planned fleet of at least one hundred orbiting mobile phone relays, the Blue Walker network will put on a night show (but also make astronomic observations a lot more difficult).

The AST SpaceMobile satellite is the heaviest rideshare payload SpaceX has ever flown into the cosmos – 3,300 lb., or 1,500 kg – and it is quite a space engineering masterpiece (check the first video to see what's what about it).

Currently, the satellite is undergoing ground connectivity testing with AST's engineers, and it will unfold its spring-loaded solar panels/antennas in the following weeks. Although its surface area is slightly smaller than the Oval Office, the satellite's compact packing cube shape allowed it to fit inside Falcon9. See the second video for more technical details about AST's comm sat.

The Blue Walker 3 has an overgrown surface because a big powerful antenna - called "micron arrays" - is needed to successfully pick up the faint radio signals from regular cellphones scattered hundreds of miles below. The company has closed deals with 25 cellular service providers – ten of them be part of the testing phase for the next six months. Earlier this year, the Texas-based AST SpaceMobile teamed up with Nokia for direct-to-cell connectivity solutions for their satellites.

According to company officials, the half-year shakedown of BlueWalker 3 aims to test the device's capabilities across six continents, with a potential reach of 1.8 billion phone users. The basic principle of operation is this: our cellphones emit very faint radio signals that travel up in space and reach the Blue Walker 3 antennas. The radio beam is then rerouted to Earth to one of AST's ground receivers.

These connect to the mobile networks of various providers throughout the world. Since the signal shoots from the cellphone straight to the satellite, blind spots in network coverage will disappear almost entirely. Any mobile phone is compatible with the technology, so there's no need for special or expensive hardware on the consumer's side. If all goes well, AST SpaceMobile plans to put three more oversized broadband mobile network antennas in space in 2023.

One YouTuber even imagined what the satellite traffic on a clear starlit night sky could look like. Check the photo gallery for a glimpse of his artistic rendition that gives us a wild idea of what the future might have in store. If it is anything close to the YouTuber's vision, I suggest you go out and find a remote spot, far from any settlement, and take a good look at the sky before it gets congested with moving bright dots zigzagging everywhere.

Blue Walker 3 was part of SpaceX flight 41 in 2022, and Elon Musk's space internet devices roam around the Earth in their (three) thousands. The Starlink sats are a common sight now, and we can only imagine what that will look like when the billionaire's internet network of cosmic proportions (PUN intended this time) is big enough to cover the whole planet. 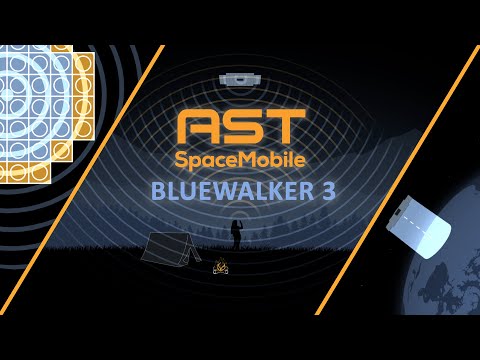 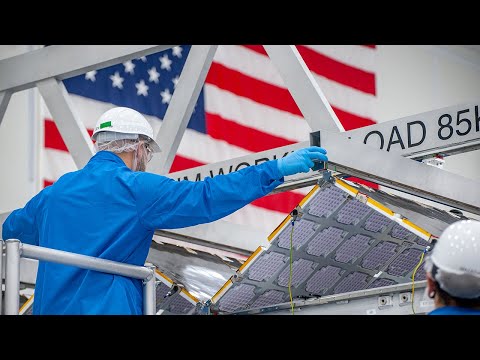 This weekend, we successfully launched #BlueWalker3 into orbit!???? We're on a mission to eliminate connectivity gaps faced by more than 5 billion mobile subscribers.

Read more details about the status of our test satellite here: https://t.co/zpiui9bxwV #ASTSpaceMobile