5 Not Even Russia’s Doomsday Plane, the Ilyushin Il-80, Is Safe from Thieves
Car video reviews:
Driven

USS Gerald R. Ford, the world’s most expensive and largest aircraft carrier, as well as the largest warship in the world in terms of displacement, is still unable to launch or land jets properly.
4 photos

A new draft report by Pentagon tester Robert Behler, obtained by Bloomberg News, details the issues of the Ford three years after delivery and two years after it should have started full operation. The gist is that, for a ship so technologically advanced and with a price tag of $13.2 billion, it’s still performing well under expectations. And that’s putting it mildly.

Unlike older carriers, which use steam-driven catapults for propulsion and hydraulic-engine arresting gear, the Ford uses high-tech Electromagnetic Aircraft Launch System (EMALS), and an Advanced Arresting Gear (AAG) to launch and respectively recover fighter jets. Neither of these systems is working as it should, according to Behler.

The Pentagon tester notes that the EMALS system is supposed to operate 4,166 launches between operational failures. Still, it’s only been able to complete 181 cycles, as recorded during the 3,975 launches and landings that were part of the assessment. The AAG system is also raising “reliability concerns,” being able to average only 48 recoveries between operational failures, which is “well below the requirement.”

The issue of “poor or unknown reliability” of systems remains consistent with the findings of tests from previous years. However, in late 2018, Captain J.J. Cummings, commander of the Ford, was telling the media that most of the issues had been dealt with and, “you turn the key on and we’re ready to go fly it. Post-flight, turn it off, we’re there.”

According to Behler’s report, these two issues are not the only ones plaguing the carrier, which is the first in a new class of U.S. military vessels. Work is still in progress to install and certify the munitions elevators on the Ford. Only six of the 11 “advanced weapons elevators,” which lift munitions from below deck, are operational today, though all 11 should have been ready to go with the 2017 delivery.

With construction work starting in 2005, the Ford has seen several delays and missed deadlines already. Finally commissioned in 2017 by President Trump, it should have been fully operational in 2018. 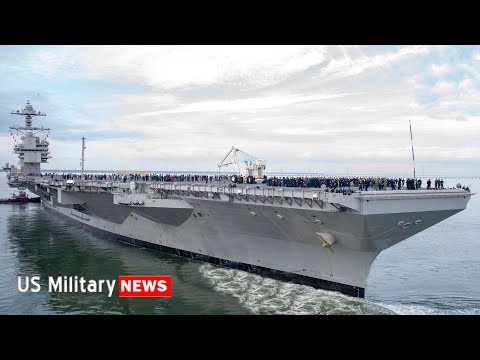