3 World’s Fastest, Record-Breaking Alfa Romeo Spider Can Be Yours for $35,000

The ‘80s were all about excess. Everything was bigger, bolder, more colorful and funkier, which would probably explain the current ‘80s nostalgia seeping into modern-day products, from fashion to movies and even automotive design.

World’s Longest Car, the American Dream Limo, Is ‘80s Extravaganza at Its Best

The American Dream fit right in. Also known as World’s Longest Limousine, it was exactly that: a modified limousine named American Dream that was eventually recognized by the Guinness Book of World Records as the longest ever created, a record it still holds to this day. Born in 1986, it got worldwide recognition from Guinness in the mid-’90s and would eventually slide out of the spotlight.

The history of the American Dream is not an entirely happy one, though we could still hope for a happy-ending. Much like a titular character in a rise-and-fall-type of movie (a rockstar or a model would be a suitable comparison), the limo made headlines around the world before simply going out of fashion, and was then abandoned to the elements and vandals, until not much of it was left.

On May 12 this year, Motor1 reported that exterior restoration on the American Dream was almost complete. While we wait for the moment when the world will gaze upon it once more and fully appreciate it for how bonkers it is, let’s revisit its history.

By 1986, Hollywood customizer Jay Ohrberg was already a big name in the industry. He’d started off as a car collector, reportedly buying a car every week for 57 weeks straight, but had branched out into customizing. His creations are many, and many of them are actually famous: he created KITT from Knight Rider, and the DeLorean in Back to the Future, General Lee for Dukes of Hazzard, the Ford Gran Torino for Starsky and Hutch, the RoboCop car, the Pink Panther car, and several replicas like a Batmobile, Herbie and Ecto-1.
In his spare time, Ohrberg would also create custom cars for celebrities and, it turns out, surprising limousines. He was determined to show what could be achieved in terms of customizing if he pushed the envelope farther with each new project, and this is how the American Dream came to be. It measured an impressive 100 feet (30.5 meters) in length and could comfortably – and luxuriously – accommodate up to 75 people.

The American Dream had everything you would expect from a limo service back in the day, from mini bars, colorful lights, television sets and telephones, leather couches and blacked out windows. But it also had plenty of extra details that would have set it apart from everything else even if it hadn’t been for its size: it had a king-size waterbed, several rooms designed to specific themes, a spa, a pool with a diving board (good luck with that while the car was in motion!), and an actual helipad. And, because strapping a mini-helicopter on the back of your car is not impressive enough, when the bird wasn’t there, the helipad converted into a mini-golf course.

If ‘80s excess were a physical thing, it would be this limousine.

Based on a 1976 Cadillac Eldorado, it was so long it had to be hinged in the middle, had two engines and required two drivers. It could be used either as a fix or flexible structure (the latter of which would, in theory, allow it to handle some corners), and could reportedly be driven from either end. It had 26 wheels and, not surprisingly, could only travel at slow speeds. Not that anyone would have dared take it racing down the highway, all things considered. It was never road-legal, which should hardly come as a surprise.

Ohrberg imagined the American Dream would be a hit with car displays and at parades, and he was right. However, the super-stretched limo never did much driving of its own, and transportation from location to location was usually done on the back of trailers, with the thing split in half.

At some point in history, when people stopped paying attention, the American Dream slipped off the map completely. When it was finally uncovered again in the early 2010s, it was a mere, rust-filled shell of what it’d been. It turns out Ohrberg leased it to a company that used for promotional purposes; when the lease period ended, it was abandoned at a New Jersey warehouse.

As the second video available at the bottom of the page shows, when it was discovered by chance, the only thing about it that still reminded people of the famous car was the 100-foot length. The windows were smashed, the interiors had been stripped and had deteriorated, and even many of the wheels were missing.

Mike Manning from the Autoseum in New York, which teaches students how to work on cars, bought it, with the goal of having it restored with help from the same students and deep-pocketed sponsors. Plans fell through after a while, and the interim marked another few years’ worth of damage to the vehicle in an open parking lot.

Right now, the Dream is at the famous Dezerland Park car museum in Orlando, Florida. Owner Mike Dezer bought if from Autoseum, and both parties are working together to bring the limo back to life. Restoration work began in the summer of 2019 and has come to a halt in recent months, given the national and international context. However, the aforementioned publication notes that all exterior work has been completed, so it might not be that long before the American Dream lives again in all its bonkers glory. 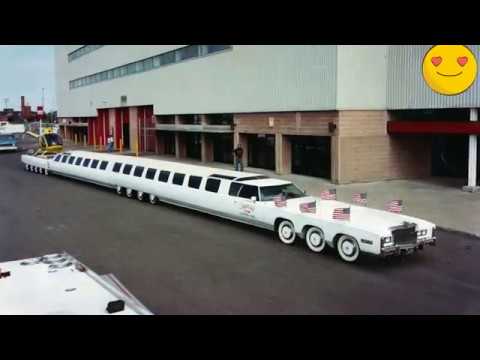 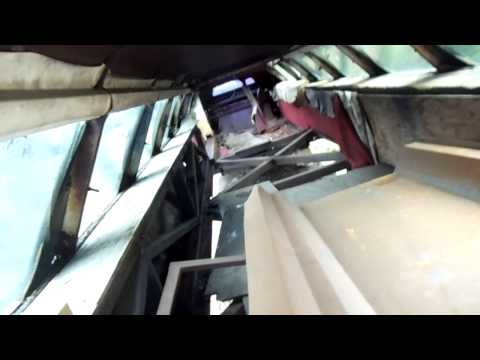