When you have the world’s largest cruise ship involved in any kind of accident, it’s bound to look terrifying, even if it’s only a minor one. Tourists onboard Harmony of the Seas got to learn this on their own.
15 photos

Royal Caribbean’s impressive fleet counts with several world-record-breaking ships, including Harmony of the Seas, which remains the largest cruise ship in the world. Sister ship Wonder of the Seas is the biggest cruise ship in the world by interior volume. Harmony of the Seas also features the world’s tallest slide at sea, Ultimate Abyss, and a slew of other firsts for a cruise ship. It’s a gigantic, luxurious floating resort, with 6,400+ guest capacity, international cuisine, and world-class live entertainment, from Broadway shows to acrobatics.

So when you have this floating resort perform a bad maneuver and crash into a pier, expect it to be as spectacular. Video has emerged of last week’s incident in Falmouth, Jamaica, when Harmony of the Seas became Dissonance of the Ports, as it crashed into a concrete pier extension – or what the Port Authority of Jamaica calls a mooring dolphin.

According to PAJ, damage to the ship was only cosmetic, with the stern showing some signs of the crash. Repairs were undertaken that same day; still, when you have a ship that cost $1.35 billion to build, even the smallest repairs can translate into huge bills.

The ship docked without delay and with no injuries, and the tourists onboard were able to continue with their planned day excursions and activities as scheduled. The mooring dolphin is another story: PAJ says that it was displaced and totally damaged, and will have to be reconstructed. Further assessment of the pier will determine future action.

PAJ also says that operations at the dock were not disrupted by the incident, and that a joint investigation with Royal Caribbean will determine the cause, as well as establish the next steps to undertake. Meanwhile, tourists onboard Harmony of the Seas probably got a Titanic-scale scare, since the crash looked far worse from their perspective than what it was.


Video of Royal Caribbean’s Harmony of the Seas crashing into the dock in Falmouth, Jamaica this morning. pic.twitter.com/cbFULNPe2w 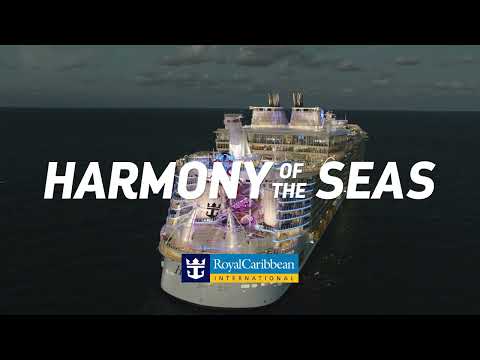