4 Air Force Tests Laser Pods in Wind Tunnels, Plans to Use Them Onto Fighter Jets

What if we were able to get from Tokyo to Seattle in just four and a half hours, or from New York to London in just three and half hours? And do so without negatively impacting the environment? The good news is that it is possible, thanks to the future supersonic Boom airliner, which is getting closer to certification.
8 photos

Supersonic commercial flight is closer than you might think to become a reality. Boom is developing the first airliner capable of enduring supersonic flight while also being 100% sustainable. Basically, we’ll be able to fly anywhere twice as fast, in premium conditions, while supporting a carbon-neutral future for aviation.

Taking its passengers to breathtaking stratospheric heights of 60,000 feet (18,288 meters), at a speed of Mach 1.7, Overture is also set to run entirely on sustainable aviation fuel (SAF). With a capacity of up to 88 passengers and an outstanding range of 4,250 nautical miles (4,888 miles), Boom’s revolutionary aircraft is on track to becoming the first sustainable supersonic airliner.

Before that happens, Overture needs to be certified by the Federal Aviation Administration (FAA). Tom Peters, Boom’s director of aircraft certification, recently shared that the company is currently working on detecting any challenges that could become an issue during the certification process and making the necessary design changes or any other tweaks that could fix potential issues.

According to Peters, there are three main areas related to certification that are particularly interesting in the case of this supersonic airliner. The most obvious one has to do with the supersonic speed – Peters says that most FAA requirements are general enough to be met by supersonic aircraft without drastic design changes. Still, some aspects need to be tweaked, and the Boom team is currently working on identifying them.

The second area has to do with noise – since there are no supersonic airplanes currently in operations, specific noise standards have not been yet set up, but Overture’s development is taking into consideration those anticipated standards. Thirdly, Overture is planned to run entirely on SAF, which also needs to be certified.

Boom is also working with FAA to establish the basic training requirements for the aircraft’s future pilots, as well as a recommended maintenance program. Flight tests are soon to follow, and we can expect to experience our first supersonic flight in the next years. 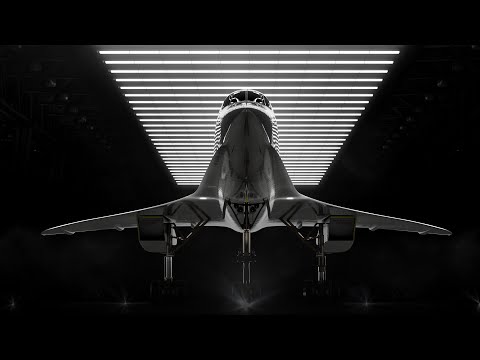