4 Trailblazing Electric Tugboat Hits the Waves, Powered by Over 2,000 Batteries

Elena Gorgan
Not that comparisons between apples and oranges are very illustrative, but the maritime industry is moving slower in adopting alternative fuels and electric propulsion than its automotive counterpart. SeaBubbles is at the forefront of the switch and has been so for years.
10 photos

SeaBubbles is a French startup that proposes alternative mobility solutions on water, in the form of hybrid electric foil boats of varying sizes and performance. It first made headlines in 2017, when it was able to complete a second round of successful funding, and then in 2019, when it introduced its small, five-seat enclosed hydrofoil known as Bubble Taxi (see the video below).

The SeaBubble is the Bubble Taxi’s bigger and faster sibling, and it was just unveiled at the 2022 Cannes Yacht Show, New Atlas reports. It is a “flying boat” that boasts countless benefits and, for the time being, the only disadvantage of not yet being used on a larger scale. Small-scale production is now underway in France, with SeaBubbles saying that it hopes to launch a pilot program on Alpine lakes as early as next year.

Drawing inspiration from the boating, automotive and aeronautic industries, SeaBubble lives up to the name, even though it’s not exactly designed for use in the open sea. It is a small bubble, a pod-shaped watercraft measuring 8 by 3.5 meters (26.2 by 11.5 feet), with falcon wings and a seating capacity of between eight and twelve passengers, depending on configuration, and that can “fly” over the surface of the water.

The company’s motto is “Zero Wave, Zero Noise, Zero Emission,” which, despite all the zeroes in it, is an incredibly difficult feat. SeaBubbles hopes SeaBubble will achieve it, through its hybrid propulsion and the foil system of inverted T-foils, which turn it into a “flying boat.” Needless to say, SeaBubble doesn’t actually fly, but it is able to travel at great speed above the surface of the water, which reduces friction to improve performance and efficiency, and creates no wake. The hydrofoils also help with reducing seasickness by creating a much smoother and more comfortable ride.

SeaBubble is “packed with technology,” as per the official description, and this translates to gyroscopic and altitude sensors that measure pitch and roll angles, constantly stabilizing the boat automatically, and a fly-by-wire system. Tinted windows, high-quality audio system, heating and AC, higher-quality seats, and an anti-fouling system are offered as extras.

A 4-minute refill at a hydrogen station will be good enough for 2.5 hours of autonomy, or the equivalent of 50 nautical miles (57.5 miles / 92.6 km) at cruising speed, SeaBubbles says. The SeaBubble will have minimal impact on the environment, both during construction and operation, but it’s the latter that will make it an ideal mobility solution for protected areas – or, for that matter, for any boat-owner looking to protect the very nature they’re exploring, the company says.

The SeaBubbles, the company explains, represents a “new generation of boats that will help preserve the natural ecosystem while offering a unique sailing and flying experience with futuristic appeal.” That last part is nothing to scoff at: as much as we all love green credentials, we also love things that look good. And this “flying” boat certainly does that.

Pricing is not specified, but with the imminent launch of the pilot program, more details should be made available in the following months. 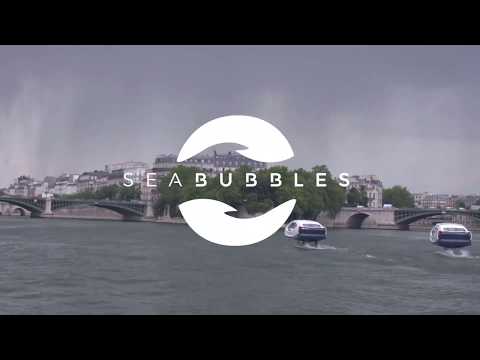