2 Volatus, Cleared for Takeoff in Canada. It Can Fly Its Drones in Six Locations

4 Royal Marines Say Jetpacks Are Not Ready for the Battlefield

5 Subaru Designs a Flying Motorcycle with Wings and Everything
Car video reviews:
Editorial

David Mayman is a visionary, an inventor, and passionate aviator. He is also the founder and CEO of JetPack Aviation, a VTOL (vertical take-off and landing) aircraft manufacturer based in Los Angeles. After the company succeeded in building the world’s first portable JetPack, it started advertising another exciting product: the world’s first flying motorcycle, called Speeder.
6 photos

While JetPack Aviation only teased us with animations of the aircraft so far, we now have footage of an actual prototype nailing its first platform tests. As seen in the video posted by New Atlas on YouTube, the P1 VTOL that will eventually be powered by four individual turbojet engines, does very well in its tests, thanks to JetPack Aviation’s flight control software, which was created by the company’s team.

While the P1 prototype looks nothing like the aircraft in their animation, and it is also tethered in these tests, this is nevertheless a major step forward for JetPack Aviation. The VTOL proved to be impressively stable and resilient, including with dummy loads on it and performing in 30-knot winds. The safety tether doesn’t support the P1, as seen in the footage. Tests confirmed that the Speeder can takeoff, do turns, climb, and hold itself in a stable hover using LiDAR.

David Mayman explained that the prototype consists of a way bigger chassis than the final product will eventually have, and this is just for testing purposes.

The flying motorcycle boasts some really unbelievable features: it will be the size of a motorcycle, it will be able to take off vertically, fly at speeds over 200 mph (321 kph) and it will lift 450 lbs (over 200 kg). You’ll be able to control it remotely, control it with the help of a pilot or it can be fully autonomous. It will be turbine-powered because the energy density of batteries is not reliable for such a small and capable type of aircraft.

When it will finally be released (a date that we are yet to be informed about), the Speeder will first come in a version for the military and first responders. Some experimental versions will also be available but will have limitations in terms of speed and fuel capacity. As for price estimates for the Speeder, they are a staggering $380,000 per unit. 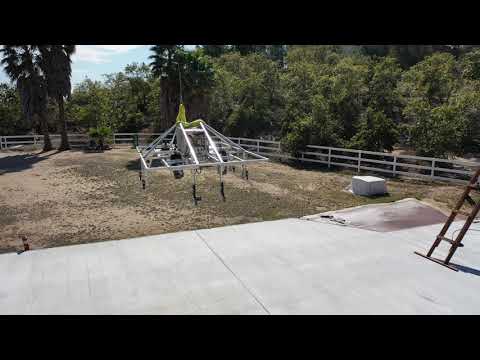 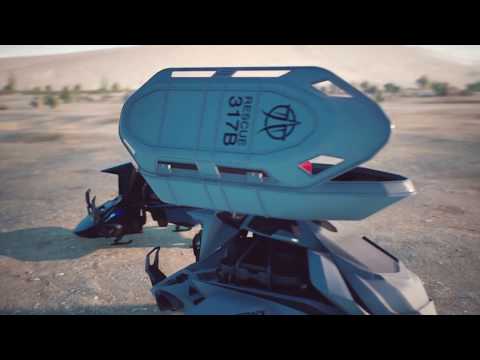