2 Looks and Brains. Rolley Is a Cool-Looking E-Scooter That Needs No Acceleration Throttle

4 WTF Is Not What You Think, It's an E-Scooter That Boasts a Top Speed of Over 68 MPH

As portable and convenient as electric scooters are, there is still room for improvement. That’s where Blizwheel comes in, trying to change the game with its collapsible two-wheeler that can fit in your backpack.
10 photos

Blizwheel is based in California, and its compact e-scooter plans to take the concept of portability to another level. Touted as the world's smallest electric scooter, the two-wheeler is not only 70 percent lighter than average scooters, but it also has a compact design that allows you to fold it and store it in your desk drawer while you’re at the office.

This seemingly tiny and minimalist e-scooter is smarter than you think in design and features. It can stand on its own without you holding it, and it has a dedicated app that locks its motors. A LED screen dashboard gives you information related to your speed, battery life, mileage, etc. 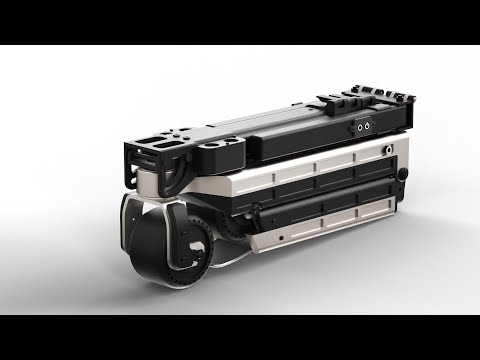