1 Road Rage: the Dr. Jekyll/Mr. Hyde Syndrome Behind the Wheel

Renault Commits to F1, Toyota Not Sure

In the very beginning of our driving careers, most of us feel the road that takes us from home to the office and back must be the most daunting, challenging, life-threatening stretch of tarmac known to man. Countless dangers lurk at every corner: pedestrians, cars, trucks, trams, traffic lights, traffic signs, traffic rules, traffic cops, horns honking, drivers cursing, one way... Why on earth did I took the exam? As most drivers out there seldom take their car outside the city they live and work in, their experience of a dangerous road limits itself at the tight bend they nearly missed once. For only a few, however, taking on some of the world's most dangerous roads is a daily routine; for them, going to work doesn't mean cleverly navigating through red lights, but driving for miles in first gear or putting their lives in the hands of a tired bus driver... On roads with no rules, no guard rails, no markings, no cops... Below you will find five of the most dangerous roads out there. Not because they are fitted with speed traps every 10 miles or because lorries fly by at incredible speeds. Dangerous because they can and will kill you in more ways than one, if not properly approached... North Yungas

Also know as Grove's Road or the Road of Death (guess why), North Yungas is a 60-70 km (37-44 miles) Bolivian road, stretching from La Paz to Coroico. Death toll on this road stands at some 300 people a year, according to a BBC report. 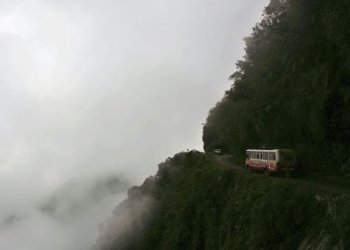 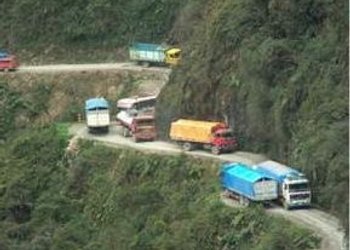 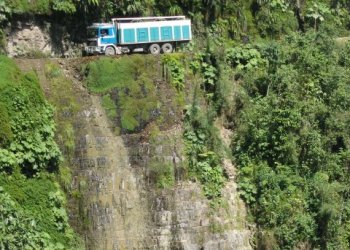 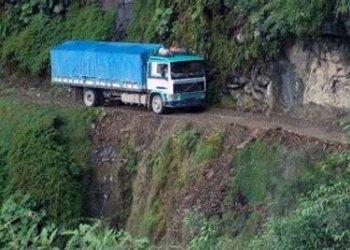 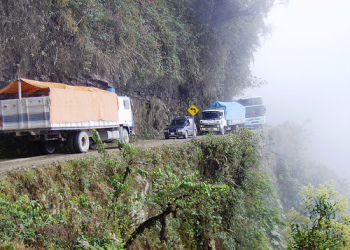 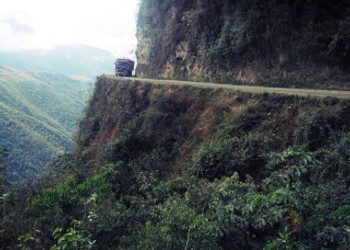 The road, built in the 1930s by war prisoners, starts in La Paz, the administrative capital of Bolivia, located some 3,660 meters (12,000 feet) above sea level. And if you think that's high, consider the road then climbs even further. Most of the road is 3.2 meters wide (10.5 feet) – an average car has a width of 1.7 meters (5.6 feet) - and has no guard rails. On one side, there's the mountain, on the other some pretty scary drop offs, with some reaching 600 meters (1,969 feet). Add fog, rain and rain forest and you have the complete picture of the North Yungas.

The worst accident on record on the North Yungas occurred on July 24, 1983. On that day, a bus carrying 100 people fell into a canyon, killing all on board.

And they do mean "winter road." As it only exists in winter. The Tuktoyaktuk Winter Road forms naturally in winter by the freezing of the Mackenzie River Delta and the Arctic Ocean. After it is cleared of snow, it links Inuvik and Tuktoyaktuk, two Northwest Territories communities. The road is part of the Dempster Highway. 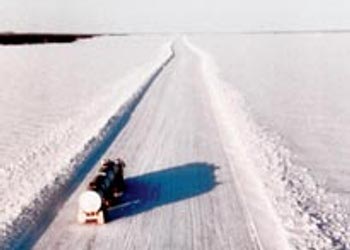 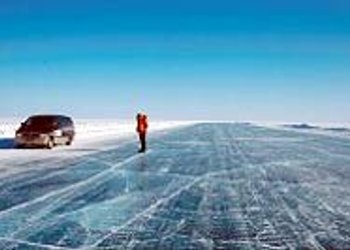 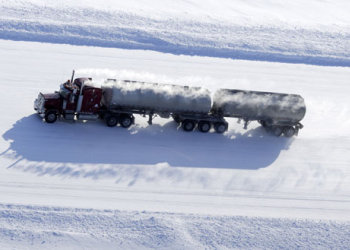 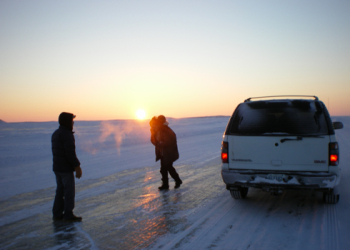 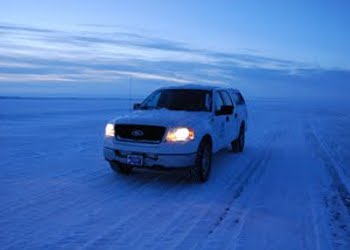 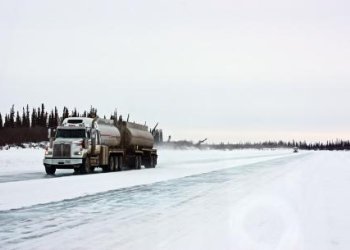 As you might have guessed, not only is this road located at sea level, but it actually is the sea level. It stretches for 130 km (81 miles), most of them on the Mackenzie River. It is an all ice road, littered from place to place with cracks and ridges climbing right out of the road.

There's no danger of falling off a cliff here, but of taking a bath into the ice-cold waters. Accidents are rare on the road, due to the light traffic, but the prospects of dying and getting frozen under some 8 feet of ice...

Ways to die: squashed, crushed, asphyxia due to lack of oxygen, shot by border patrols

What is among the top three world's highest passes accessible by car, Khardung La is located 5,359 meters (17,582 feet) above sea level and links North Leh to the Shyok and Nubra Valleys in India. The road itself presents motorist with a better running surface than seen in other Indian passes, but the high altitude, the lack of oxygen (for both car and driver) and the unpredictable weather makes it a bitter challenge for those traveling on this route. 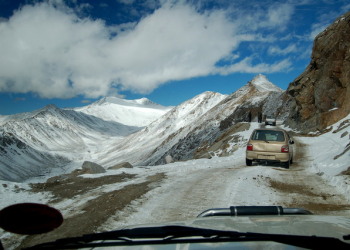 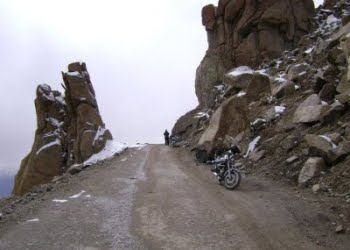 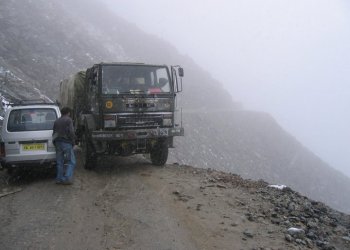 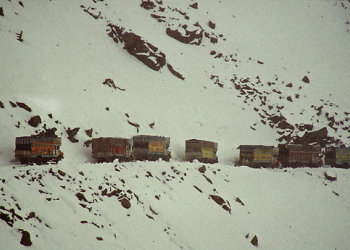 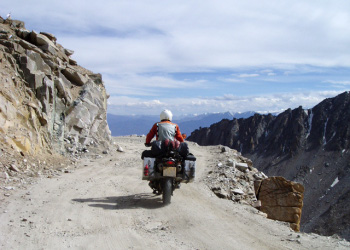 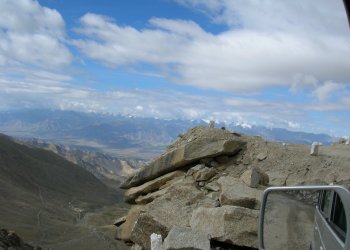 On the portion covered with gravel and stones, the road proves difficult to navigate and, as it lack guard rails too... For some reason, however, bikers love this road.

There are several phobias which may combine in a traveler when going through this part of the world which may end up killing him/her. Whether it is the fear of heights or the good old claustrophobia, there's little chance many can get off this route without their heart pumping like crazy. 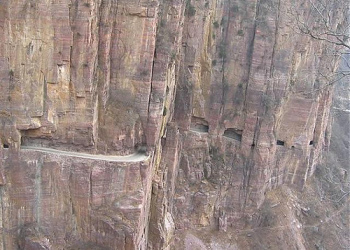 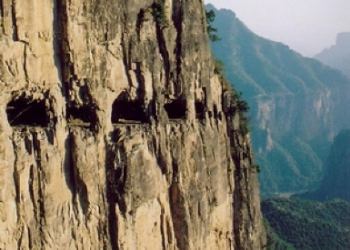 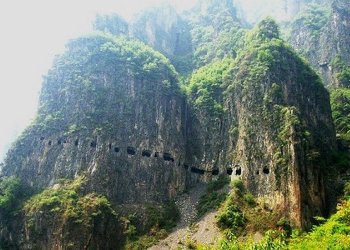 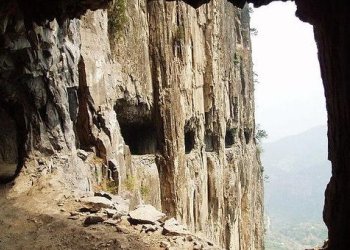 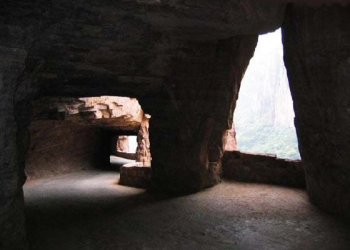 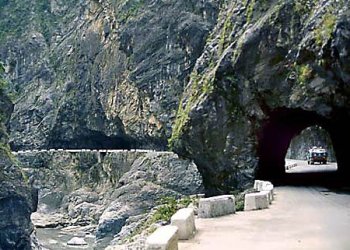 The Guoliang Tunnel is located in the Chinese Taihang Mountains and it stretches for... 1,200 meters (a little under a mile). It is 3.6 meters wide (12 feet) and 4.5 meters high (15 feet). Although it lacks heavy traffic, taking to the Guoliang Tunnel may prove a scary experience for those unprepared.

Ways of dying: starvation, thirst, asphyxia due to complete occlusion of air passage (if the mud gets you), freezing

Those of you complaining about the condition of roads in your country should take a look at this first: the Lena Highway – if it can be called that -, which connects the city of Yakutsk with the south of Russia. It runs for 1,212 km (753 miles) and hasn't got any piece of tarmac on it. Not because the lack of funds or anything, but because it would be impossible to pave this road. The dirt road which makes up the Lena Highway is the prime target for bad weather. In winter it freezes and becomes the best road local residents will ever see, allowing for vehicles to reach even 70 km/h (43 mph). 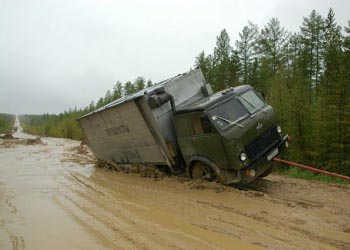 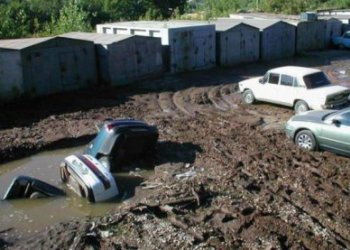 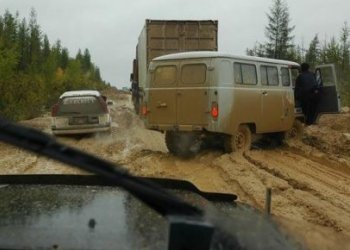 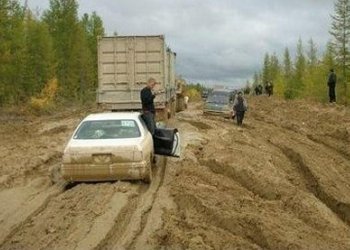 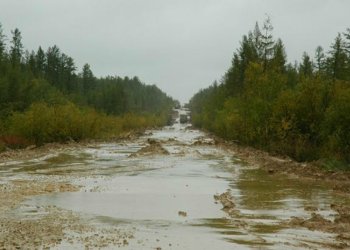 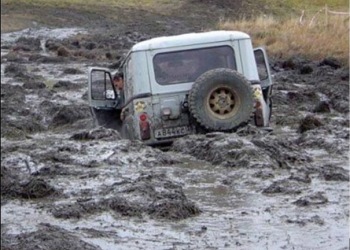 During summer however, rain turns the road into a sea of mud for about two months. Literally, as in some cases small cars have reportedly been swallowed completely by the muddy devil. Traffic jams on this highway (read nothing moves for days) can engulf hundreds of cars...