You might remember the world’s first 3D-printed stainless-steel bridge that was built for the Red Light District in Amsterdam. It was built in 2018, but it took until now to finally be transported to its destination, over the Oudezijds Achterburgwal canal. But it was finally opened to the public a few days ago, under the blessings of Queen Máxima of the Netherlands.
7 photos

The 40-ft (12-meter) long and 20-ft (6.3-meter) wide stainless steel bridge is described as being the first metal bridge in the world to be 3D-printed, which is probably why they named it “the Bridge”. It is the masterpiece of MX3D, a Dutch company that specializes in 3D metal printing technology, and it was designed by Joris Laarman Lab. Other forces on the market lend a hand in the grandiose project as well, with Arup undertaking the engineering component, and Air Liquide, ABB, Autodesk, Lenovo, the AMS Institute and ArcelorMittal also bringing their contribution.

3D-printed by giant robotic arms, the Bridge weighs over 13,200 pounds (6,000 kg) and it was completed three years ago but its arrival at the site was delayed for several reasons, including the refurbishing of the canal walls. It took six months to print the bridge that will serve the old town for years to come, at least until the renovation of the original bridge is finished.

Because we’re talking about a large metal structure, the 3D-printed bridge was built using four robots that joined together huge layers of hot metal, with the help of welding wire and gas.

The big ceremony involved nothing more than a push of a button from the Queen of the Netherlands, which activated a robotic arm with scissors, in charge of cutting the ribbon.

According to MX3D, 3D-printing large metal objects can lead to cost savings of up to 80 percent. 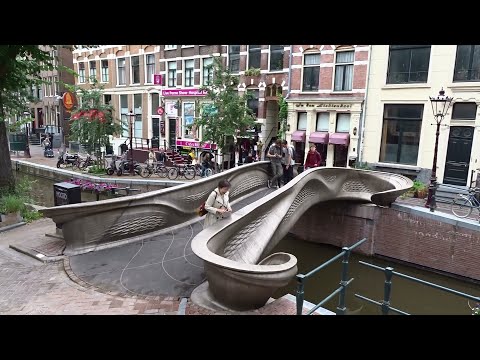 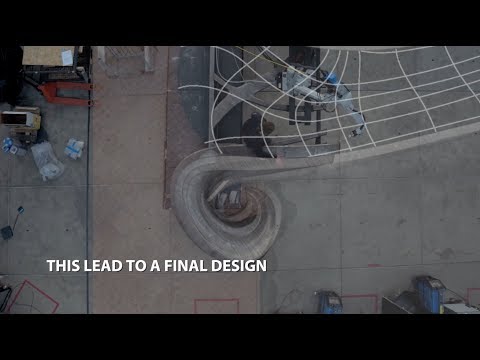