3 This Cassette Player on Wheels Is a Grown-Up, Race-Ready Honda Motocompo

5 World’s Smartest Electric Motorcycle to Be Produced at Brand-New Plant in Vancouver
Car video reviews:
Up Next

World's Fastest Electric Motorcycle Has Been Upgraded, Wants to Break Its Own Records

The fastest electric motorcycle in the world aims to become even faster. Voxan recently unveiled its new and improved Wattman.
6 photos

Venturi-owned electric motorcycle brand Voxan designed the Wattman with one goal in mind: to set new world speed records. The bike was initially supposed to prove its abilities on the biggest salt flat on Earth, in Bolivia. However, the global health crisis changed everyone’s plans, and the Wattman had to settle for breaking 11 world speed records on the runway at the Chateauroux airfield in France. Nevertheless, it achieved an incredible speed of 408 kph (253.5 mph), with world champion Max Biaggi at the helm.

But that was in the fall of 2020, and Voxan knows there’s always room for improvement. That is why the company announced a new version of the Wattman, which has just kicked off its first ultra-high-speed tests at Space Florida’s Launch and Landing Facility (Kennedy Space Center), one of the longest runways in the world, with a length of 15,000 ft (4.5 km).

Voxan brought some significant upgrades to the new Wattman in terms of weight, stability, and power. This new version weighs under 300 kg (661 lb), allowing it to compete in a new category. Voxan used a new battery design for its latest bike, both mechanical and electric, created in partnership with French manufacturer Saft.

Stability has been improved with the new Wattman, as the modified motorcycle now features an increased wheelbase of 1,957 mm (77 in) from 1,800 mm (70.8 in) with the previous version. The seat height has also been increased from 610 mm (24 in) to 685 mm (26.9 in). Voxan equipped the bike with custom-designed Michelin tires tailored to endure extremely high speeds.

If everything goes according to schedule, the new Wattman will once again attempt to break its own records within the first six months of 2022. 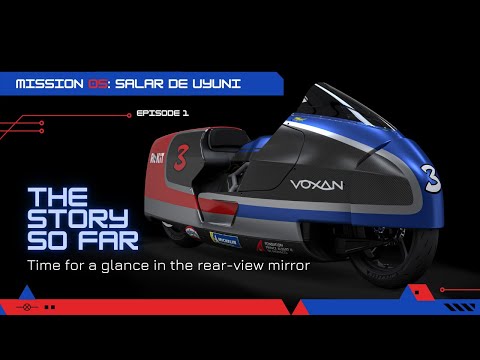