5 The Little Camper That Could: Stella Vita Completes Extended Trip on Solar Power Only
Car video reviews:
Up Next

Hear ye! Hear ye! Pickup truck owners, gather round and lend me your eyes because what you’re about to witness won’t just change the way you look at electric trucks but can very well change the way you live any off-grid adventure. Heck, even on-grid applications seem to be applicable here.

Folks, what I’ll be talking about today is known as the TerraVis, a portable power generation and energy storage system that can be powered by nothing more than the Sun's rays or your standard wall outlet.

The team behind this piece of equipment is none other than Worksport, a crew that started as a manufacturer of tonneau covers for pickup trucks that are being sold in the United States and Canada. Since 2011 this crew has been focusing on coming up with alternative energy methods but only in the past five years have their time and effort been dedicated to creating the TerraVis system, among other things, so be sure to keep up with autoevolution for more.

So, how does TerraVis work exactly? Well, the entire system is based around the COR battery system, which uses multiple rechargeable battery packs to supply constant electrical backup power, even covering up to thirty 30% or more of your daily commute needs.

Not feeling that this piece of equipment is serious enough? Back in late October 2020, this crew even announced that they had signed an agreement with Hercules Electric Mobility to become their “Tier One OEM supply partner” and provide solar tonneaus and charging systems. The press release also stated that the system would be exclusively available to Hercules, but fast forward a bit, and you can strap the TerraVis and COR to any vehicle available on the market; only the tonneau requires a pickup truck.

So, let’s break it down a bit so that you know what you’re in for. As far as the tonneaus go, several designs and sizes cover most pickup truck bed designs, while tailgate panels also exist in case you don’t want to cover your bed or just want an extra boost of energy.

Even if you do choose to equip a tonneau cover, by design they are made to, offer several positions and allow access to your cargo easily. As far as power output goes, the tonneaus can cover anywhere from 450 watts to 800 watts of power, capable of recharging one battery pack in less than two hours.

What’s neat about the system is that it employs something called a “hot swap.” When you need to swap a depleted pack for a full one, the inverter’s 1,500 Wh kicks in and keeps systems running even though a pack is not present. Packs, too, hold 1,500 Wh of juice, while the system has an output of 2,000 watts.

One inverter and three battery packs pump out 6,000 Wh of juice, enough to power an AC unit for 44 hours or more, around 400 smartphone recharges, and 60 laptop recharges. Depleted batteries are to be set up on a “power rail” or rack that feeds energy directly into drained packs.

As I mentioned, the only need for a pickup truck is if you’d like to set up a tonneau too, but without one, the TerraVis is still suitable to be used in any kind of vehicle and setting you like; can be an absolute lifesaver out in the wild.

Not only can this system feed EV pickup truck needs, but imagine what it can do for an RV or mobile home; heck, why not in a teardrop trailer or tiny home; adventure lifestyles will never again be the same.

Now, the introductory video for this system makes it feel as though you now have a never-ending supply of energy. Honestly, if you think about it, with a tonneau, a TerrVis COR, and as many battery packs as you can handle, this system does seem to be able to provide a constant flow of electricity into your lifestyle. 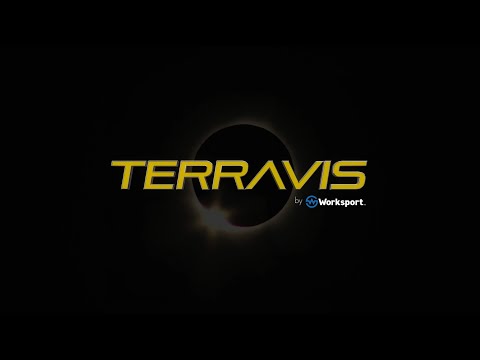 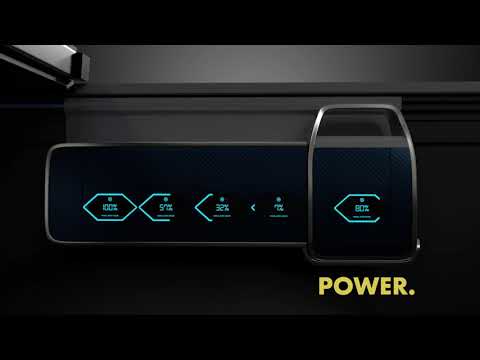