1 Kitten Gets Stranded in a Tesla Model S, Seems to Like the Car

2 Your Cat Will Want one of These Car-Shaped Cribs

Woman Rescues Kitten from Engine, Adopts and Calls It Mercedes after Her Car

Ionut Ungureanu
They say women have a sixth sense that activates like safety features do in cars, namely when they are needed the most. If that is not the case with this kitty-ness moment in question, we can’t see what is. Because, we’ll tell you upfront the hero of the day is a beautiful blond hair/blue eyes girlfriend who heard the little furry ball meowing while on the road and demanded for the poor soul to be saved.
1 photo
Thanks to the nice people over at Wikipedia, we’ll allow ourselves to start this piece with a fun factor that undoubtedly needs to be shared. A range of characteristics has categorized cat vocalizations.

Nevertheless, when you hear the furry balls meowing, you should know it means they are most likely reaching out for somebody. Luckily, Staci, the owner of the Mercedes-Benz, heard the cat and eventually took the vehicle into the shop for a proper rescue. From what we can see of the dash, the car is either the CLA or the GLA 250, which means it's one of the cheapest Mercs you can buy.

Not only did it survive for two days in the Florida heat under the car and the long commute to and from work, but she also has a new owner now.

Here’s what you didn’t expect. Since the cat was stranded in the car for that long and somehow survived, Staci decided to name her Mercedes. Is this the best cat/car story of all time or what? 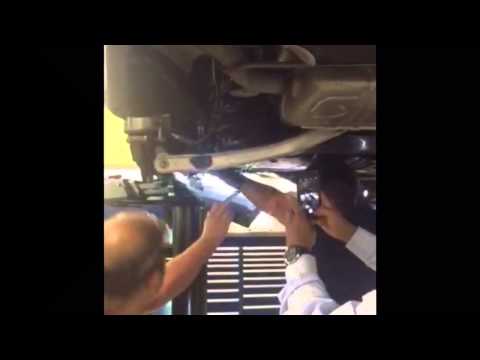