1 Even Celebs Get Parking Tickets ...

Woman Fined for Parking on Her Own Driveway 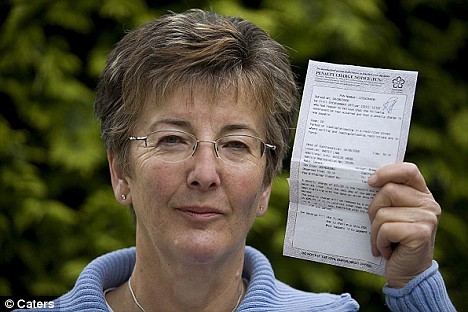 As incredible as it may sound, getting a fine for stopping on your own driveway can happen.

This is confirmed by what happened to the 64-year-old pensioner who let her Daewoo Lanos on her drive, entered the house for just ten minutes, and when came back to the car, found a £70 parking ticket on the windscreen.

The warden who gave the ticket held his ground. He explained that the car was not parked entirely on the woman’s driveway, but it was partly on the tarmac that crosses the grass verge which leads to the road, the Daily Mail reported.

Christine Whaling, grandmother of two, tried to appeal against the ticket, but was unsuccessful. As both she and her husband are pensioners, they cannot afford to pay the ticket.

“I have to pull up on to my drive everyday and it was not blocking anybody, nobody else needs to use my driveway, I just think the rules are stupid. I have tried to appeal but it seems the ticket is going to stand,” Mrs. Whaling said.

Ironic, the residents have paid the council to build the driveways nearly 30 years ago. Mrs. Whaling’s neighbor, Patrick Hastings, said: “It's a joke, we paid the council to have this drive installed and now we will be charged £70 for the pleasure. It is just unbelievable. It has never been an issue before, so I don't see why it has all of a sudden become one now.”

The Leicester City Council rejected the pensioner’s appeal, by saying that the driveway was counted as a public highway. “The car was parked in an area which forms part of the highway, which is covered by parking and loading restrictions. Any vehicles should be parked within the boundaries of the property,” said a City Council spokesman.