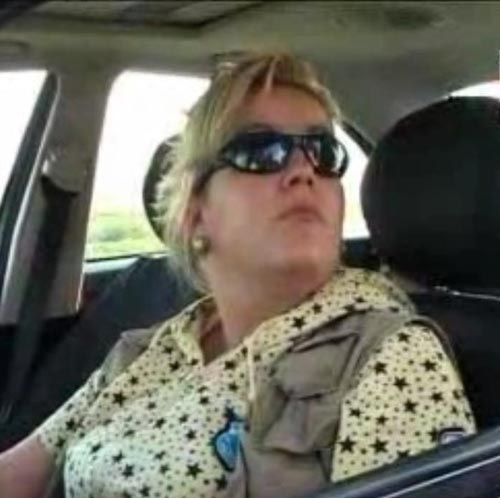 Romanian police officers have recently arrested a woman that was caught by speed cameras driving at over 125 mph (200 km/h) on the A2 highway. The woman not only ignored their stop sign but also proved to be under the influence of substances.

The woman was also carrying her three underaged children (with ages of 4, 5 and 7 respectively) and that is why the police officers did not try to force her to stop. They started pursuing her, but they eventually lost her.

According to their reports, they were driving at 150mph (240 km/h) at the moment, so we can only imagine the speed she was going at.

The next attempt followed after a few tens of kilometers, as she could no longer go forward. The traffic was totally blocked due to a crash that had occurred on the highway. The woman tried to avoid the jam, but crashed into the side protection barriers.

“The woman that we stopped was in an obvious state of nervousness and excitement, and the answers that she gave to us showed that she was not aware of what she did and how she had endangered the lives of her children. The test showed that the woman had consumed a derivative of opium, which is why she will be facing drug consumption charges. Under the law, driving a motor vehicle on public roads, while under the influence of narcotic substances or drugs with similar effects shall be punished with imprisonment from one to five years,” Chief Commissary George Grigore told realitatea.net.

Therefore, the woman will get the whole package. She faces driving under the influence charges and will also be accused of speeding and not stopping at police signals.