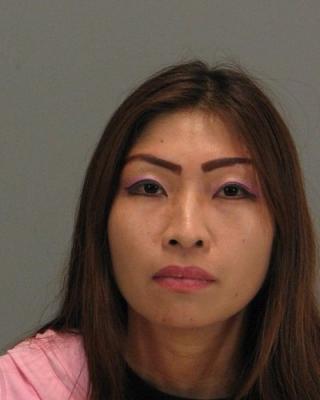 What's the best you can do when you can't afford a luxury model? Either you work really hard until you raise enough money to buy one or you simply accept the fact that you'll never be able to purchase such a car. For a Californian woman however, a third choice has arose: destroy each luxury car seen on the street.

Nancy Chi Ni, 30, of San Jose thought, or not, that it would be a great idea to vandalize luxury cars such as BMWs and Mercedes-Benzes in Santa Clara County. Illegal or not, she did it. Actually, it proved that doing so could have serious consequences but that didn't stop her at all. She did it repeatedly. So many times that she was arrested six times and she's now scheduled to appear in court on September 28.

Her diabolic plan was last uncovered on Monday when a police officer saw her moving suspiciously around a parked Mercedes-Benz in the McCarthy Ranch shopping center, as San Jose Mercury News reports. She scratched the side of the car, although she was earlier released on bail after being arrested under the same accusations.

Judging by her history, Ni is far from being a calm and sociable person. Her weird attraction for luxury cars started a long time ago, as she is registered with similar acts in multiple regions, including Fremont, Pleasanton, Sunnyvale and Santa Clara. The exact number of cars she has vandalized is not available, but it seems like Ni has a special affinity for BMW and Mercedes Benz.

So, until September 28, and even after in case the judge decides to let her walk freely around luxury cars, keep your wheels in the garage and grab a bike. It's safer and healthier.