1 Get a Grip: Driving on Snowy Roads

2 How to Mount Tire Chains

3 How to Prepare Your Car for Winter

4 How to Protect Your Tires

5 How to Read Tire Markings
Car video reviews:
Up Next

December is upon us and with it comes the promises of some very idyllic snows. Kids will love it, dogs will love it, but most drivers will hate it. As usual, many of us drivers will go through this winter (expected to be a heavy and long one) without winter tires fitted on the car, meaning countless hours of nerve wrecking snow shoveling, car pushing or waiting stranded. The use of winter tires, mandatory in more and more countries, is still to catch on. Most drivers choose to go for all-season ones, hoping their tires they during summer will continue to play their part during winter. We thought a closer insight into what a winter tire does compared to an all season one will help you decide what's best for your car and, ultimately, for you. WHO NEEDS WINTER TIRES
Pretty much everyone. Even if some might advise you that there's no need for you to go and buy winter tires if you live, for instance, at the edges of the US snow belt, that's not entirely so. Winter tires have been designed to be used in regions where snow is present for more than two or three months a year but also to be used in all regions when the temperatures in winter calls for the use of such tires.

Of course, some might say they don't need winter tires because the cars they drive are equipped with say, ABS. The presence of such additional safety systems on a car means nothing for the traction properties of the tire. The single component responsible with how a car performs on icy or snowy roads is the tire itself. HOW MANY WINTER TIRES DO YOU NEED 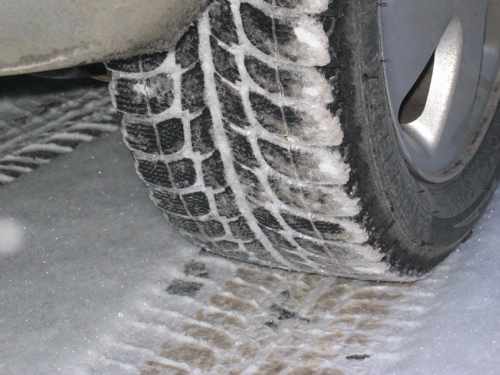 Two, or four? This has been a question which has caused a lot of headaches to the ones asking it. Conventionally (in popular belief), it is believed that for a good performance of the car on snow (good, not perfect), you only need two winter tires, fitted on the wheels which provide traction (of course, if your car is a 4x4, you'll need winter tires on all four wheels). Most carmakers though recommend using winter tire on all fours, regardless on the type of traction your car has.

Using only two winter tires and leaving the all-season, or even worse, summer tires on the other wheels will make the car perform in ways you never knew it can. For instance, winter tires on the front and non-winter on the rear may cause your car to drift while cornering. Understeering and oversteering may become real problems in case you chose this compromise solution.WINTER vs. ALL-SEASON 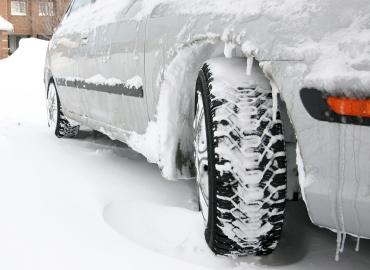 The invention of all-season tires came like a God-sent gift for motorists, who all of a sudden didn't need to spend more in winter to buy an extra set of tires. All-season tires were announced as a perfect means for the drivers to tackle both hot and cold temperatures.

All-season tires are however a compromise and, as any compromise, they don't offer the best solution for both problems, but only a partial solution. Better than summer tires on snow, they are however less useful than winter tires.

All-season tires lack several attributes which make them less useful than winter tires. They generally are not made of cold weather rubber compounds, they lack channeling tread patterns and come with less tread sipes than winter tires.

Winter tires on the other hand have been specifically designed to be used in the cold season. A common misconception is that you don't need a winter tire if there is no actual snow. That is not true. Winter tires have been created to perfectly suit the cold temperatures in winter, even if these temperatures aren't associated with snow. According to existing research, as soon as the temperature drops below 5 degrees Celsius (41 degrees Fahrenheit), a winter tire performs much better than an all-season one. The lower the temperature, the better the winter tire performs. The exact opposite happens with all-season tires.

On the other hand, once the summer approaches, winter tires should be removed. The same temperature factor will make winter tires wear off quicker because of the softer material they are made of. Probably a driver using winter tires during summer won't feel much of a difference right then, but as soon as the next snow comes, the effectiveness of the winter tire will be severely decreased.