3 Skyfire SF2 Aims to Be the World's Most Versatile Drone, It Is Rugged and Payload-Agnostic

5 Firefly Drone Is the Pickup Truck of the Sky, Can Carry Payloads of 100 Lb for Two Hours
Car video reviews:
Up Next

Wingtra Gives Away Three of Its Swiss-Made Mapping Drones, They Cost Around $20K a Piece

Switzerland-based VTOL (vertical take-off and landing) drone manufacturer Wingtra, which is globally known in the mapping and survey industries, gives away three of its WingtraOne GEN II drones. They sell for approximately $20,000, and they will be offered as prizes in a contest.
6 photos

On the market since 2017, Wingtra sells its mapping drones worldwide via over 70 distributors. Its WingtraOne VTOL aircraft is now in its second generation. Designed for large-scale surveys, the fixed-wing drone can fly at around 36 mph (58 kph) for up to one hour. It can collect data from altitudes of up to 16,400 ft (5,000 m) and the Swiss manufacturer claims it’s managed to map the entire city of Zurich in only six hours of flight.

The drone has a wingspan of 4.1 ft (125 cm), weighs 8.1 lb (3.7 kg) and has a maximum payload weight of 1.8 lb (800 g). It is controlled via a Samsung Galaxy Tab Active 3 tablet that is included in the package and comes with the WingtraPilot software pre-installed on it.

Wingtra claims the mapping drone can be set up in under five minutes and it is fully autonomous from take-off to in-flight data collection, and landing. It can also be controlled manually via the tablet. The WingtraOne provides the user with audio feedback during the mission. It can also send real-time information like location, altitude, and so on, from a range of up to 6 miles (10 km).

With versatility in mind, the drone includes the 42MP Sony RX1 camera as well as other high-end mapping payloads like the new oblique solution for impressive 3D mapping results. It features a 24 MP Sony Alpha 6100) as well as a wide-angle lens.

Wingtra’s Earth Day Challenge is in its first edition and it’s about awarding humanitarian and environmental projects and it addresses all kinds of applicants, including non-profit organizations, universities, research institutes, or government agencies. Applications have to be submitted by March 31, while the three winners will be announced on April 22, also known as Earth Day all around the globe.

Those who want to enter the Earth Day Challenge can apply on Wingtra’s website. 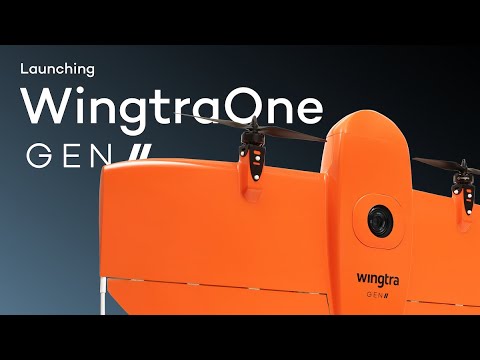